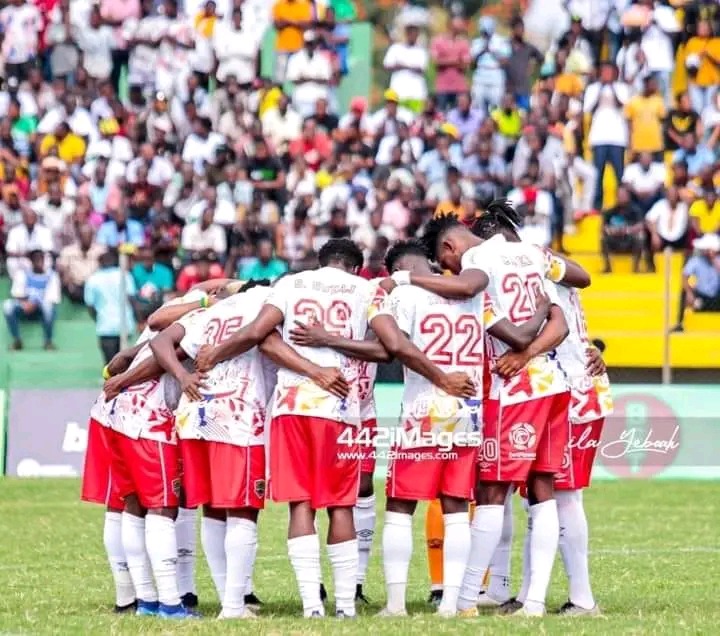 Ghana’s Premier Club Accra Hearts of Oak defeated second tier side Tudu Mighty Jets 1-0 in a friendly on Tuesday afternoon ahead of their CAF Confederation Cup game this weekend.

A first half effort by Daniel Afriyie Barnie, won the day for the FA Cup Lord’s in this friendly encounter played at the Madina Astro Turf in the capital.

This, was the final friendly for the Phobians ahead of their African campaign this weekend in the Confederation Cup competition.

Accra Hearts of Oak will be away to Malian side AS Real Bamako in a first leg first round encounter to be played in Bamako on Saturday afternoon.

The record winners of the Ghana FA Cup competition, are set to depart Accra for the game on Thursday morning, and, will arrive later in the Malian capital on the same day ahead of this fixture on Saturday.

The Phobians will go into this weekend’s game on a high note, looking to pull a fast one over their Malian hosts on Saturday.

Hearts of Oak will look for a good result in Saturday’s encounter to take into the return fixture to be played in Ghana next weekend.