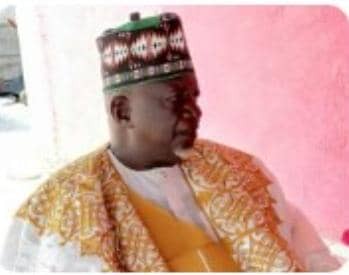 The Nasara Coordinator for the Kumasi Suame Constituency branch of the New Patriotic Party, Alhaji Eliasu Ipala (aka Kasanipaho) has described Captain Smart’s recent Television show that featured the development projects of the ruling party in the Region as a failure.

Kasanipaho alleged that Captain Smart stategically planed with other journalists from Onua TV and arrived in the Ashanti Region apparently with a hidden agenda to throw dust into the eyes of the people about the archievements that the Npp have chalked for the Region.

Alhaji Eliasu Ipala made the assertion when he was reacting to the Onua TV talk show held in Kumasi recently and hosted by Captain Smart.

The program was focused to showcase the archievements of the ruling party (Npp) in the Ashanti Region.

Participants who had the opportunity to talk include the sympathizers of the Npp, Ndc among other opinion leaders in the region.

But Alhaji Eliasu Ipala aka Kasanipaho says he was not happy about the manner the host of the program Captain Smart conducted himself.

Captain Smart Kasanipaho alleged turned himself as a complete dictator who refused to give the speakers of the Npp adequate time to explain to the people what exactly Nana Akuffo Addo had done for the people in the Ashanti Region.

The Coordinator stressed that when it comes on the part of the Ndc the same Captain Smart uses some alleged encouragement words amidst praises to welcome the opposition representatives.

Captain Smart, Ipala alleged created some scenes to indicate that the ruling government has failed the people of Ashanti Region when it comes to the share of the national cake.

Kasanipaho allegedly described Captain Smart attitude on the day as international because the journalist having stayed in Kumasi before is quite aware about the projects that the Npp have undertaken in the region.

He said no amount of campaign that the Onua TV Captain Smart would embark can change the mindsets of the supporters of the Npp to defect to the Ndc.

Ghanaians who believe in the truth could see that the government of the Npp under the watch of Nana Akuffo Addo has done a lot for the good people of the Ashanti Region.

Captain Smart allegedly decided to disgrace the Npp in Kumasi unknown to him that he was disgracing himself for failing to comply with the rules and regulations of his job, Kasanipaho hinted.

The Suame Npp Nasara Coordinator on this note humbly appealed to Captain Smart as a Senior journalist that he must allegedly learn to be neutral in line with the ethics of his profession.

So that with truth and transparency we can build the country together in peace and unity, Kasanipaho concluded.