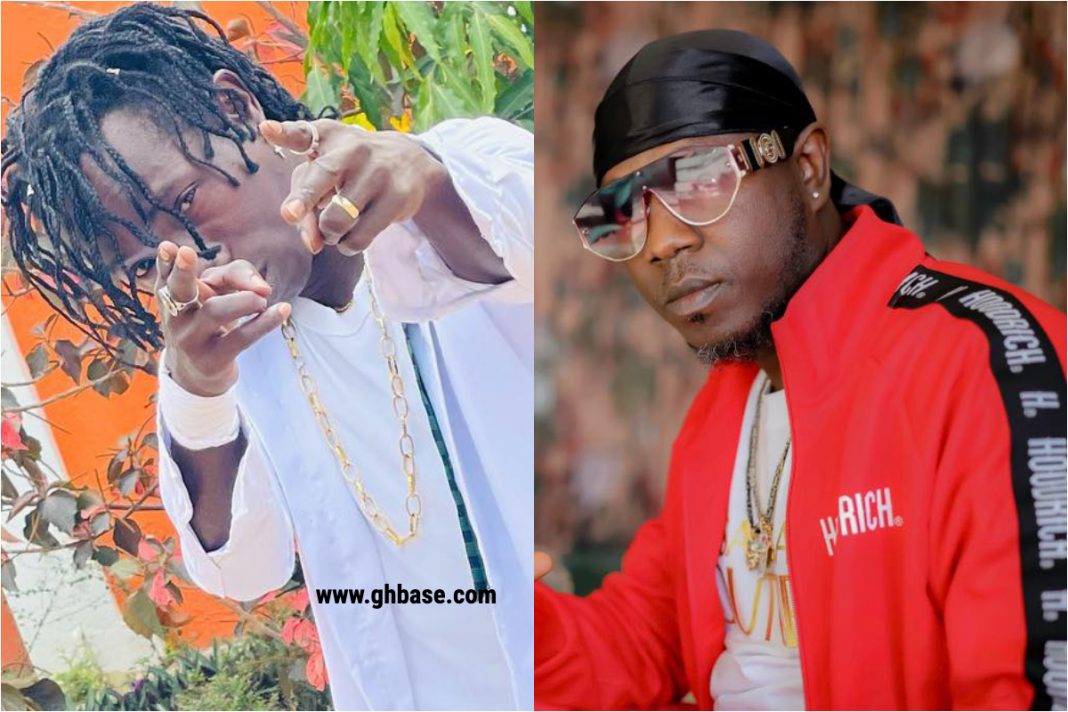 Flowking Stone has stated that there’s something special about Patapaa that makes him churn out hit songs hence does not agree with people who assert that he has no talent.

The Kumasi-based rapper who is presently staying in the US said for a person to maintain be relevant with songs that blow up within minutes shows there’s an element of talent embedded in his musical persona.

He made this known during a recent interview on Joy Prime with KMJ. He voiced his opinion saying;

“People, for instance, say that Patapaa doesn’t have a talent and all that; no [that is not true]. Before a song can blow to that level, it means he has some type of talent. It could be marketing, it could be knowing how to make a hit song, [and] that’s a talent.

“Yes, because if his song went that far, then he knows something, it just didn’t happen that he blew. So, there is a talent somewhere.”

Born Kwaku Nsia Boama, Flowking Stone said that musicians had to support one another and recognize the value that each one of them brings to the development of the sector.

“… the fact that I feel I put a lot of depth to my lyricism, I can’t look down on him, no. He also has something that comes from a different angle.