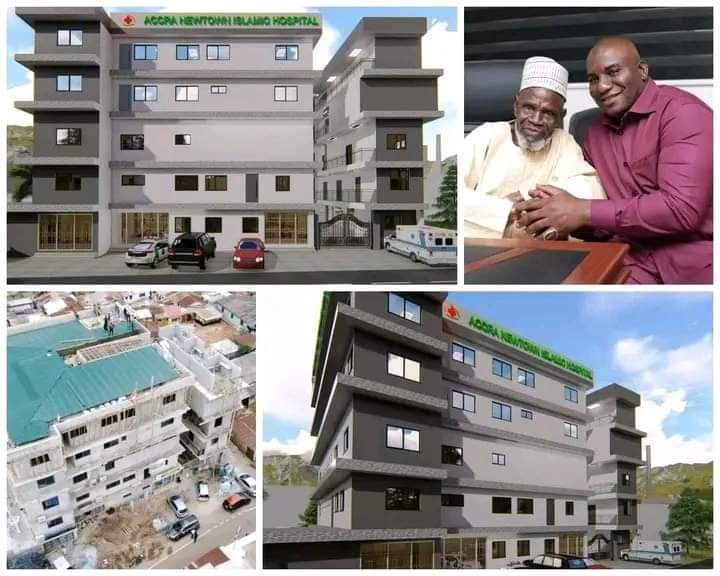 A London based Ghanaian broadcast journalist known as Dr. Ren has questioned where the bodyguard of President Akufo-Addo got money to financed his project for the Muslim community.

In a post shared on his official Facebook page on Tuesday, 4th October 2022, he wrote; “Akufo-Addo’s bodyguard builds mega-hospital for the Muslim community in Accra New Town.The question many Ghanaian are asking is where did the president’s bodyguard get the money for his foundation to fund this project?” 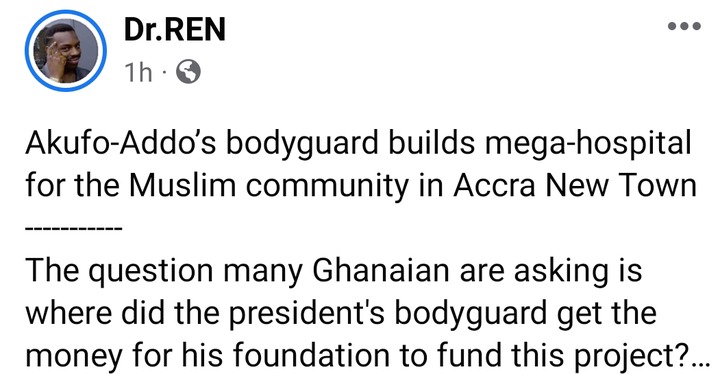 According to Dr Ren, Gibrine Issah Tutu is the name of one of President Akufo Addo’s Bodyguards. His foundation, Gibrine Foundation has built the new Accra Newtown Islamic Hospital and handed over the keys to the Muslims in the community.

The purpose of the hospital is to provide quality health care to Muslims in Zongo communities who cannot afford some health care services at other health facilities in the country. 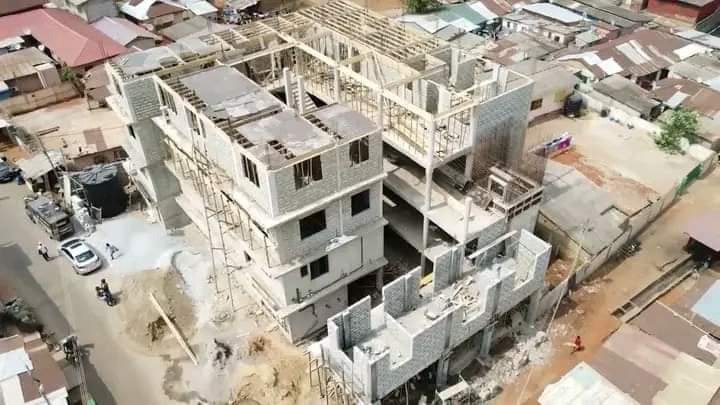 “At least kudos to him for extracting money from the useless leaders and returned it to the use of the community, If ghana would have ten of this man, Ghana will abit elevate from it state.” 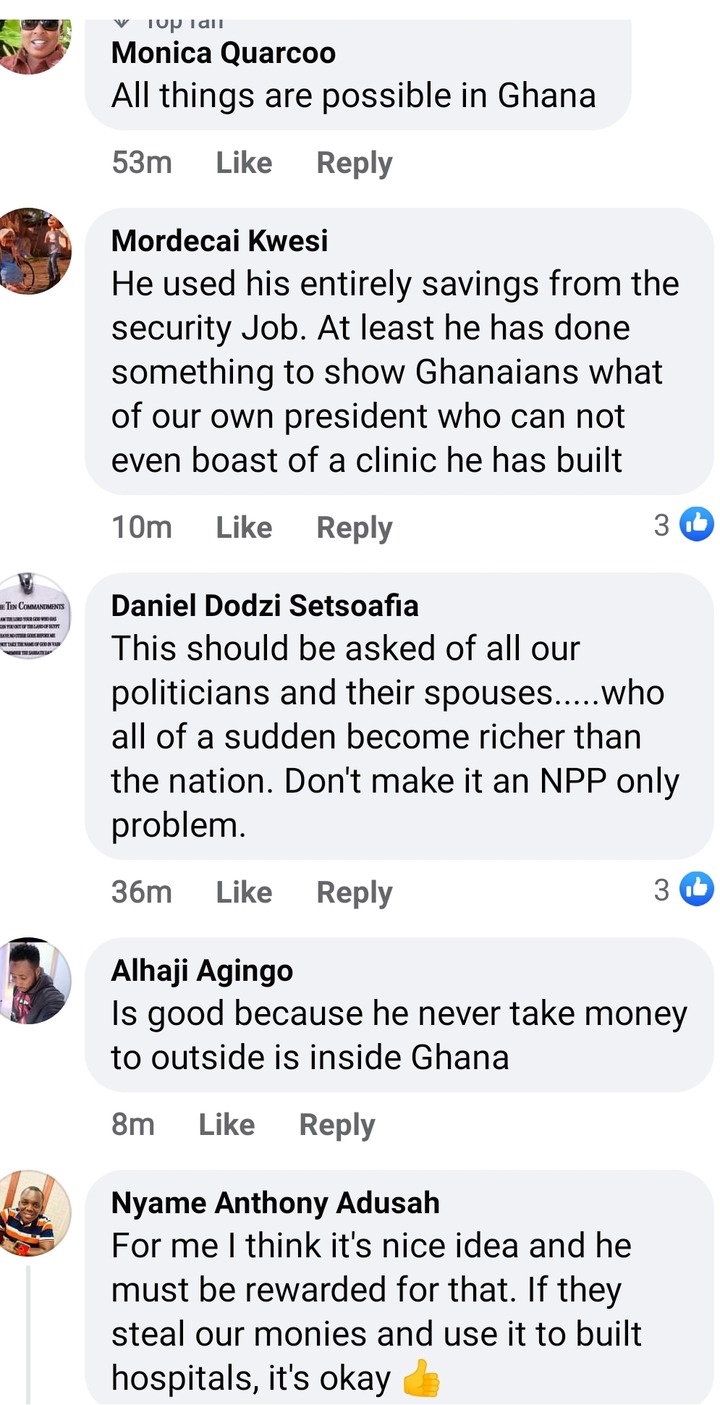 “For me I think it’s nice idea and he must be rewarded for that. If they steal our monies and use it to built hospitals, it’s okay.” Another user added.