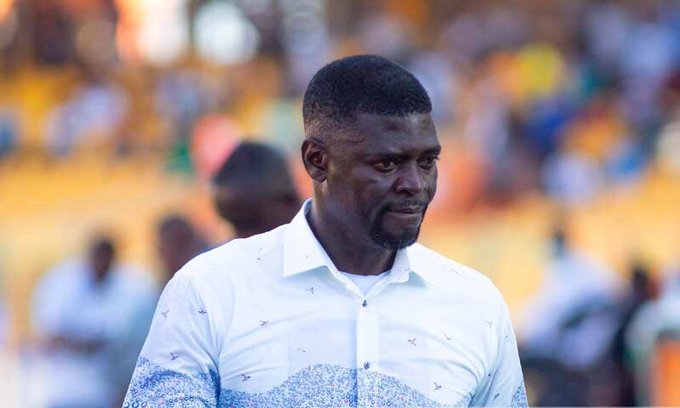 The Phobians mutually parted ways with Samuel Boadu last week after a dismal start to the 2022/23 Ghana Premier League campaign, where Hearts of Oak picked just two points out of a possible nine in three league matches.

According to him, this will put pressure on anyone appointed to take the helm of coaching the team.

The Rainbow club has moved to appoint former assistant coach of Asante Kotoko, David Ocloo, as the Club’s new assistant coach. The former Liberty gaffer is expected to lead Hearts of Oak on Saturday, when they play Real Bamako in the CAF Confederations Cup.

Speaking in an exclusive interview with Kumasi-based Nhyira FM, the former Hearts captain expressed disappointment in the decision of his former Club to part ways with Samuel Boadu.

“I don’t think the authorities can explain the reason for sacking coach Samuel Boadu because if you tell me you want a new direction as in what? Yes, a new direction is in progress and so, if that’s the case then why are you sacking him?

“And even if you are sacking the coach, you should look at the programme ahead of you. You are going to Africa so yes, you don’t want the coach, let him go but let the assistant, Hamza stay behind while you look for a substantive coach,” he stated.

Mireku, who won trophies with Hearts, is worried the new coach would be under pressure due to the timing of his appointment.

“The truth is that; I’m scared for whoever is coming in to coach Accra Hearts of Oak for now because the legacy Samuel Boadu has left behind brings a lot of workload and expectation on the new coach as he needs to perform more than Samuel Boadu,’’ he said.

Boadu joined Accra Hearts of Oak from Medeama SC in the 2019/20 and won five trophies for Hearts.