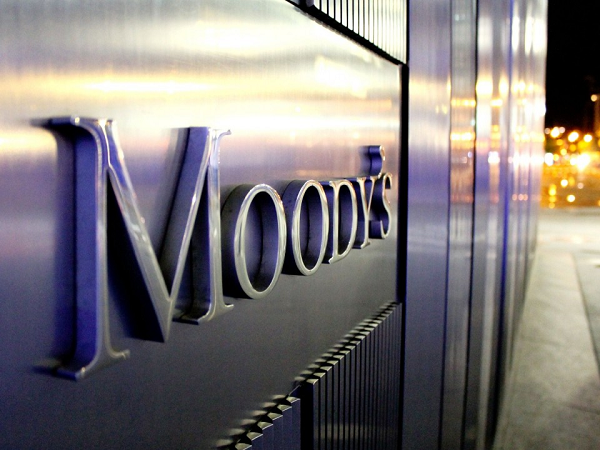 The rating has moved to Caa2 from Caa1 and the agency said this “reflects the recent macroeconomic deterioration, further heightening the government’s liquidity and debt sustainability difficulties and increasing the risk of default”.

It added that “The initiation of the review for downgrade is prompted by the ongoing negotiations between the government and the IMF over a funding programme that may include a condition for debt restructuring to ensure debt sustainability.”

“Such a restructuring would likely be considered a distressed exchange and thereby a default under the rating agency’s definition. The review will evaluate the likelihood of a debt restructuring being a prerequisite to secure sufficient and durable financing from official sources to avert a fiscal and balance of payments crisis that is already unfolding”.

This follows last February’s downgrade to CAA1 from B3 – a move sharply criticised by the government. Ghana, one of West Africa’s largest economies, slammed Moody’s action.

In a statement, the finance ministry said it had appealed against that downgrade, adding that the rating agency’s concerns were largely addressed by fiscal consolidation measures outlined recently in its 2022 budget “anchored on debt sustainability and a positive primary balance.”

“There is a high likelihood that the IMF support programme currently being negotiated will require some form of debt treatment due to the climbing interest costs and structurally low revenue as a percentage of GDP,” Fitch said in the rating action commentary.

The rating downgrade to Caa2 reflects the recent macroeconomic deterioration, further heightening the government’s liquidity and debt sustainability difficulties and increasing the risk of default. Despite Ghana’s tightening of monetary policy in response to the global price shock, inflation continues to rise from high levels and the currency has been under very significant pressure. Combined, a sharp rise in interest rates, high inflation and a rapidly weakening currency exacerbate the government’s debt challenges. Without external support, the government’s policy levers to arrest a worsening macroeconomic backdrop and heavier debt burden are extremely limited; the government’s small revenue base, largely and increasingly absorbed by interest payments, further intensifies the policy dilemma between competing objectives, including servicing debt while meeting essential social needs. As a result, the risk of an eventual default has increased.

The initiation of the review for downgrade is prompted by the ongoing negotiations between the government and the IMF over a funding programme that may include a condition for debt restructuring to ensure debt sustainability. Such a restructuring would likely be considered a distressed exchange and thereby a default under the rating agency’s definition. The review will evaluate the likelihood of a debt restructuring being a prerequisite to secure sufficient and durable financing from official sources to avert a fiscal and balance of payments crisis that is already unfolding.

Concurrent to the rating downgrade, Moody’s has also downgraded Ghana’s bond enhanced by a partial guarantee from the International Development Association (IDA, Aaa stable) to Caa1 from B3, reflecting a blended expected loss consistent with a one-notch uplift on the issuer rating. The rating has also been placed on review for downgrade given the review initiated on all unsecured debt ratings of the government.

Finally, Moody’s has lowered Ghana’s local currency (LC) and foreign currency (FC) country ceilings to respectively B2 and B3, from B1 and B2. Non-diversifiable risks are captured in a LC ceiling three notches above the sovereign rating, taking into account relatively predictable institutions and government actions, limited domestic political risk, and low geopolitical risk; balanced against a large government footprint in the economy and the financial system and external imbalances. The FC country ceiling one notch below the LC country ceiling reflects constraints on capital account openness and fiscal policy effectiveness against robust foreign exchange reserves buffers and average monetary policy effectiveness.

RATIONALE FOR THE RATING DOWNGRADE TO Caa2

Global and domestic rate hikes result in higher interest rates for the government while the loss in purchasing power induced by high inflation is a drag on economic activity. Higher government borrowing costs have rapidly increased its interest spending, which consumed almost half of the government’s revenue in 2021, a proportion Moody’s forecasts to rise to 58% in 2022, one of the highest globally. Further monetary policy tightening is likely, with negative effects on already extremely weak debt affordability. The Bank of Ghana recently reported that the inflation rate climbed to 34% at end of August 2022 despite previous monetary tightening; the highest reading in Ghana since July 2001.

In the meantime, the local currency, the cedi, has depreciated by around 40% against the US dollar since the start of the year, exacerbating the challenges from an already high debt burden. Because foreign currency-denominated debt accounted for 37% of GDP at end of 2021, Moody’s forecasts that the currency depreciation over 2022 will be the main contributor to the rise in the debt-to-GDP ratio this year to more than 100% of GDP (104%, 26 percentage points higher than in 2021). Meanwhile, Ghana’s balance of payments position is deteriorating. Significant outflows in the first half of 2022 led to a fall in foreign exchange reserves to $5.9 billion as of the end of the second quarter of 2022 (covering 4.5 months of imports as of first quarter of 2022, which is the latest data available), down from $8.4 billion at the beginning of the year.

The deteriorating macroeconomic conditions, in particular the deep inflation shock, have further complicated the policy trade-off for Ghana’s authorities: limiting government primary spending to prioritise paying interest to creditors is difficult to reconcile with economic and social development objectives, fueling risks of further social discontent and damaging Ghana’s economic and social outcomes in the medium term.

Against the backdrop of higher inflation and larger interest payments, the government is left with very limited fiscal policy levers to reverse the deteriorating trend in debt burden and affordability and restore liquidity and external stability. Moody’s expects the government not to achieve the reductions in fiscal deficits targeted in its 2022 budget and instead to run stable deficits.

Notwithstanding the government’s intention at the start of the year to broaden its tax base, its capacity to raise its revenue intake (16% of GDP in 2021) is constrained by the weak macroeconomic environment. Meanwhile, Ghana’s room for manoeuvre on the spending side is also limited. The interest bill, over which the government has little control in the short- to medium-term, constrains budget flexibility, especially amid large gross borrowing requirements (around 30% of GDP in 2022) and likely no access to international capital markets nor sizeable support from the donor community. Moreover, there is a limit to the extent to which the government can lower primary spending: while the government had announced large cuts in its main primary spending items earlier this year implying a reduction of 4% year-on-year in total primary spending, budget execution over the first half of 2022 shows that spending rose by 26% instead, reflecting strong spending pressure amid severe economic and inflation shocks.

RATIONALE FOR THE REVIEW FOR DOWNGRADE

The review for downgrade reflects the risk that some form of debt restructuring may be required as part of an IMF funding programme currently under negotiation between the government and the IMF.

The review period will allow Moody’s to assess the risks of a restructuring involving private sector creditors both in the near and more medium term. The rating agency will focus on the government’s strategy to improve the macroeconomic backdrop and reverse the current negative feedback loop between high and rising inflation and interest and foreign exchange rates that are exacerbating the government debt burden and interest bill. The debt sustainability analysis conducted as part of the IMF programme formulation and the government’s 2023 budget, among other policy decisions, will be important milestones.

Ghana’s credit profile is moderately exposed to environmental risks (E-3 issuer profile score). The cocoa sector is a large contributor to GDP, exports and employment and being demanding in water, it exposes the country to climate changes and especially droughts. More generally, the size of the agricultural sector exposes the economy to weather-related disruptions and the effects of climate change. Ghana is also exposed to water management risks stemming from a lack of access to potable water in some areas.

The exposure to social risk is highly negative (S-4 issuer profile score), driven by limited access to quality housing and education, especially in rural areas. Risks related to health and safety and access to basic services are moderately negative. While the government has put in place measures aimed at reducing poverty and inequality and strengthening social safety nets, its fiscal challenges constrain its scope for meaningful reduction in social risks given more than half of government revenue is consumed by interest payments.

Governance is highly negative with a G-4 issuer profile score. Overall, Ghana’s institutions have shown some effectiveness, however domestic revenue mobilisation challenges and significant constraints on fiscal policy effectiveness manifest in very weak debt affordability. The authorities have undertaken some institutional reforms on the revenue and competitiveness front, which will invariably take time to produce results.