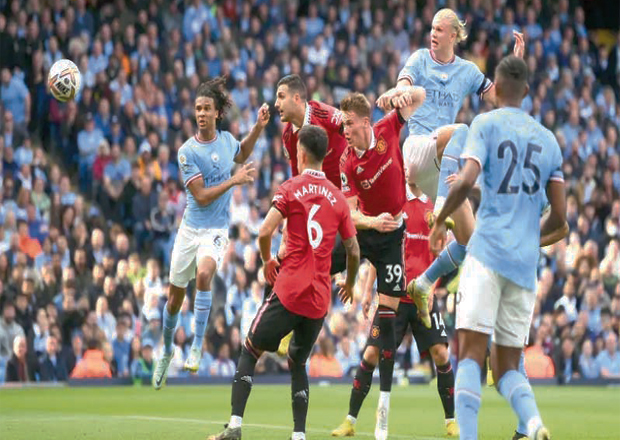 Erik ten Hag has invited his Manchester United squad to “criticise each other” following the derby demolition at the hands of Manchester City.

United’s players are set to hold clear-the-air talks following the 6-3 defeat at the Etihad Stadium.

Ten Hag branded the result as a “hammering” and put the performance down to a lack of belief among his players.

“It’s an open door,” Ten Hag said. “This performance is unacceptable. As a team and as individuals we will criticise each other and then we will learn the lessons and we have to do better, starting the next game.”

Ten Hag was equally critical of his team following the 4-0 defeat to Brentford in August.

Manchester United have lost each of their last three matches against rivals Manchester City.

In response to the performance at the Gtech Community Stadium, the Dutchman cancelled a planned day off for his players and forced them to make up the extra running recorded by Brentford’s players during the game.

However, Ten Hag suggested the problem against City was a mental one rather than an issue with work rate.

“The punishment had a reason, they [Brentford] out-run us and we didn’t work hard enough,” he said.

“[Against City] it is also mental but it’s a different mental issue. It’s belief. I also told the players [in the dressing room] it’s a lack of belief.

“I’ve seen some highlights and it was obvious we are defending not on the front foot. We let them play. In possession we were not brave enough, we made tactical mistakes and then you get hammered.”

Meanwhile, Ten Hag says he is hopeful the injury which forced Raphael Varane off in the first half against City is not too serious.

The Frenchman was substituted with United already 4-0 down but didn’t head straight down the tunnel for treatment.