Ghana Fans Sure Of Victory 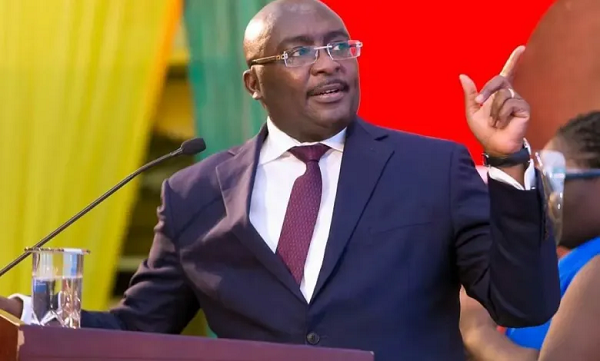 The Vice-President, Dr Mahamudu Bawumia, has expressed satisfaction with progress of work on the Agenda 111 Hospital projects in the Northern Region.

He has, however, charged the contractors on the projects to speed up work to ensure their completion on schedule.

The eight district hospitals being constructed in the region are expected to be completed by December 2023.

Addressing the media after touring some of the projects to assess progress of work yesterday, Dr Bawumia said: “I am very happy with the pace of work so far; I never knew the contractors had gone this far.”

The Vice-President began his two-day tour of the region last Sunday.

Dr Bawumia said the Agenda 111 initiative was an aggressive approach to addressing the healthcare infrastructure deficit in the country.

He said after 60 years of independence, there were still about 90 districts across the country without hospitals to serve the people.

“One of the things that we have to appreciate fundamentally is that Agenda 111 is really a bold initiative by the government because we are saying that every district should have a hospital; that is the vision,” he said.

According to him, about 87 hospitals were at various stages of construction across the country, with the five regions of the north having about 27 of those projects.

As part of the tour, the Vice-President paid a courtesy call on the Paramount Chief of the Savelugu Traditional Area, Yoo-Na Yakubu Abdulai Andani, at his palace.

He commended the chief for his immense contribution towards the attainment of peace in the region, saying: “You are the reason there is peace in Dagbon today and we must commend you.”

For his part, Yoo-Na Andani lauded the government for initiating interventions which he said were helping to improve the fortunes of the people.

He appealed for the establishment of a technical and vocational training institute in the area to help equip the youth with employable skills.

Ghana Fans Sure Of Victory