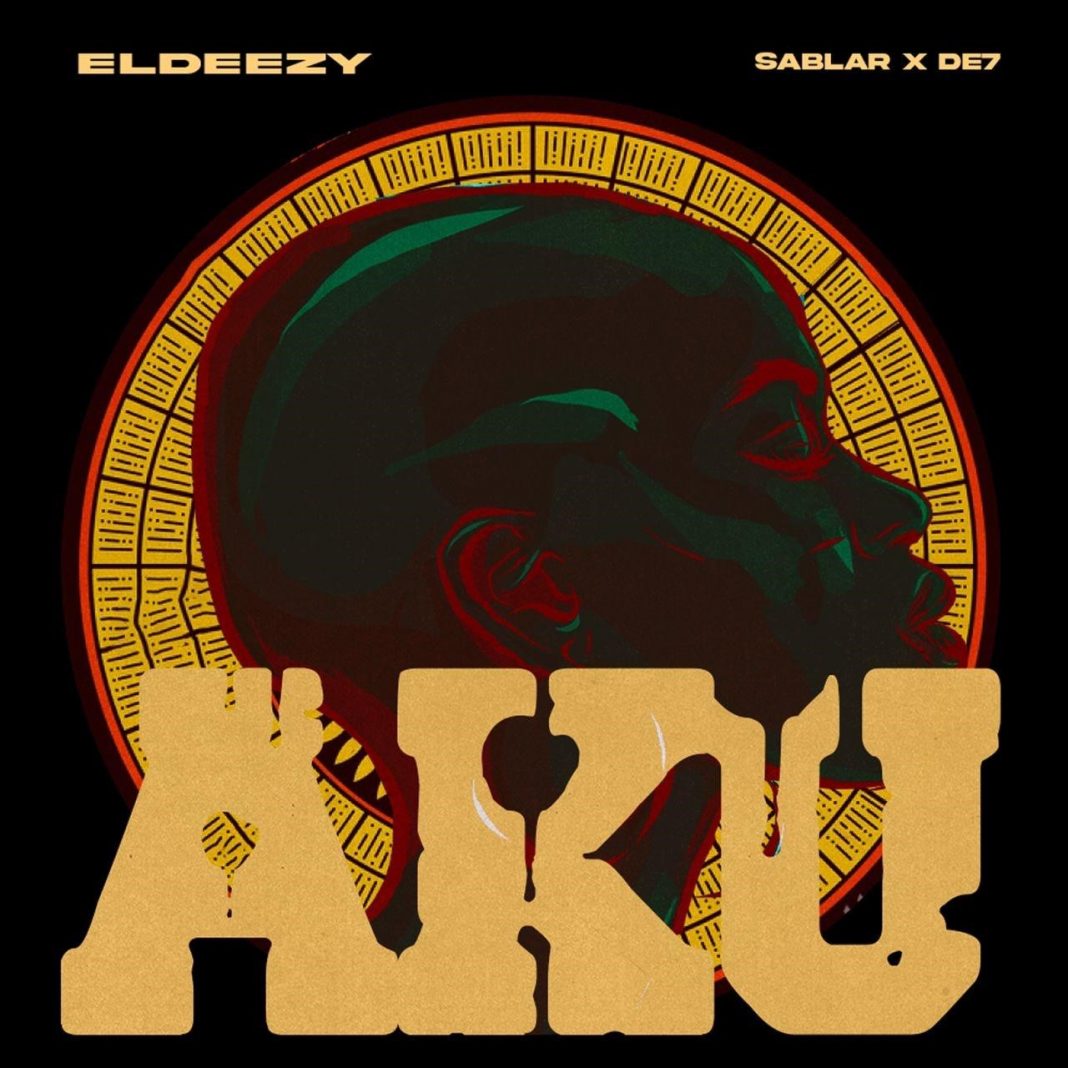 Produced by Sevensnares and mastered by Possi Gee, ‘Aku’ comes off the back of his debut Soul EP. On ‘Aku’, Eldeezy takes a deep step into the Afrobeats genre fused with ‘Gome’ a native Ghanaian traditional ensemble rhythm.

In the song, he traded his standard street-inspired lyricism for something gentler in tone. Nonetheless, he still excels as a clever and entertaining wordsmith, dropping nothing but straight bars right from A-Z.

Beyond this, Eldeezy’s effortless cool helps keep it all together. It steadily extracts the fun he tries to create, nicely floating over a synth-charged instrumental domination. The title “Aku” was inspired by the story “Aku Sika”; A book published in 1999 by Professor Martin Otchere and was read by most Ghanaian students in the early 2000’s.

According to the song crooner, “Aku” talks about relationship conflicts that arise as a result of a man’s weak financial strength, and the fact that communication and time are the best solutions.

Thanks to some nifty wordplay. “AKU” is available across all major digital streaming platforms here:  Apple – https://music.apple.com/us/artist/eldeezy/1478562738

Available on all other platforms as “Eldeezy”

Eldeezy, born Andy Osei Peprah, is a Ghanaian rapper, singer, and songwriter from the Eastern Region of Ghana who currently resides in Accra. Eldeezy is a body of art; his interest in visuals and music led him to study film, music, philosophy, and classics in the University of Cape Coast, where he graduated with First Class Honours in 2020.

Professionally, Eldeezy has been in the music industry since 2019. He got a lot of recognition for posting freestyles on social media. These freestyles went viral and caught the attention of most mainstream artistes including Jayso and E.L, who ended up featuring him on their albums. His body of work includes singles titled ‘Fear’, ‘The Rise’, ‘Don’t Know’ and ‘Six Figures’; all of which are exceptionally crafty and monumental. ‘So In Love’ [which got him number one and two trends simultaneously on Twitter Ghana] and ‘Sacrifices’ are also singles off his debut EP titled ‘Soul’, released in December 2020. The 8-track tape ushers music lovers into his inner self—the kind of person he is, what he wants to do and what heights he wants to reach. His lyricism, which largely encompasses a blend of his mother tongue [Twi] and English, makes his flow on different forms of music so impressive.

How the young artist is taking his time to go through the mill while making steady but progressive growth in every facet of his craft is simply astonishing. He recently got signed by Tunnel Group, who has promised to bring out the best in him.  His new and upcoming projects from his camp promise to cement his greatness and further catapult his music and brand in its entirety to the apex of the world market. He is undoubtedly one of the most promising rising artistes in Ghana. Going through his mentions on twitter and instagram, he has never gotten a love lost moment and many are really looking forward to his shine.

“I know I’ve got it [what it takes]. I only need to break into the market and you’ll know I’m a worldwide asset – I don’t do it like the others”, says the rapper. Anyone who takes time to listen to the Ghanaian artiste would attest to the fact that his craft is unique and he is undeniably gifted—a global icon to watch out for. As the CEO of Urbanroll Media stated in an interview, “Eldeezy is a force to reckon with.” The future is indeed present, and it is thrilling to be a part of his journey.

I don’t know why Ghanaians have not given attention to Yaa Yaa, girl is so talented- Kwaisey Pee » ™