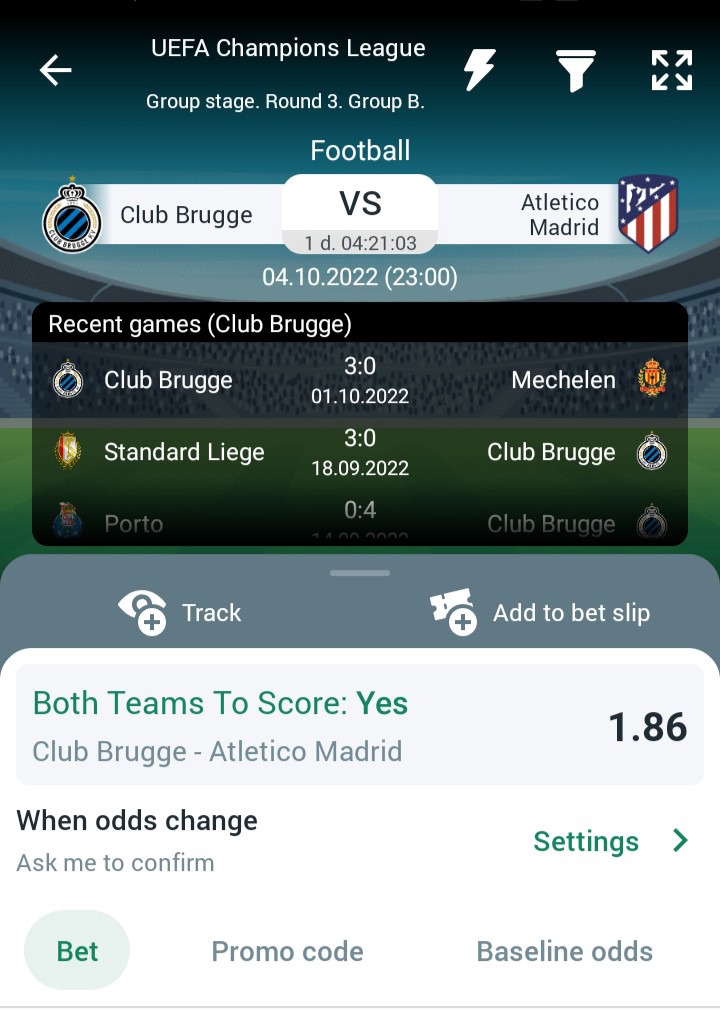 Club Brugge started their European campaign with a bang, and now they have placed themselves in a good position, where they will be able to fight for a spot in the knockouts. However, the wounded and desperate Atletico Madrid will have something to say about that.

They just cannot afford to drop points one more time. They will be going after a victory this Tuesday at any cost.

Meanwhile, Brugge will be eager to make the most of their good start. They are at the top of the table with a 100% winning record. And impressively they are yet to let a goal into their nets.

Moreover, they are at home this Tuesday, and this will give them even more incentive to go for the three points.

Furthermore, goals also came in plenty whenever these two teams locked horns in the past.

By the looks of things, expect a high-scoring affair between the two teams at the Jan Breydel Stadion.

Brugge have a 100% winning record in the CL so far, and they also won seven of their past eight overall fixtures. They also scored two or more goals in six of their previous eight games.

On the other hand, despite their poor performances in the CL, Atleti did win nine of their former thirteen overall matches, and on top of that they are also one of the titans of one of the best domestic leagues in Europe.

By the looks of things, expect a goal-fest this Tuesday between these two teams.

Content created and supplied by: nellyblack (via Opera
News )