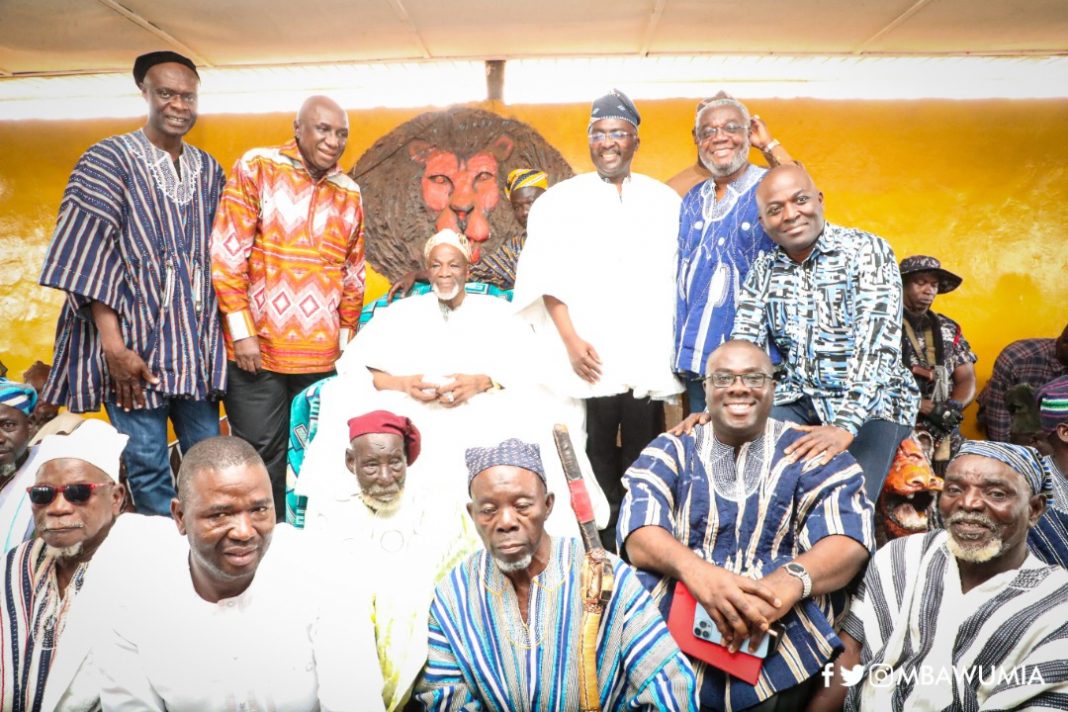 Accra, Oct. 3, GNA – The Overlord of Dagbon, Ya-Na Abubakari Mahama II, has praised the “competence, diligence and humility” of the Vice President, Dr Mahamudu Bawumia, describing him as a man “bound for greatness”.

Speaking at the Gbewaa Palace, Yendi on Sunday, the Ya- Naa highlighted many interventions facilitated by Dr Bawumia across a broad sphere of national life since becoming the Vice President of the Republic.

The revered chief said those interventions had not only improved the lives of the people in the northern sector of the country, but the nation at large.

“Mr Vice President, your achievements cannot be mentioned without outlining your zealous contribution to complement the efforts of the President to resolve the protracted Dagbon crisis.

“Today, we have peace in Dagbon as we expected, and we owe it an obligation to appreciate your efforts in realising this feat. Dagbon is grateful to you, Alhaji Dr. Bawumia,” Ya-Na Mahama stated.

He said the exceptional humility exhibited by the Vice President was worth emulating, saying; “You make us proud for not departing from the training your elders gave you.”

He said since Dr Bawumia  occupied the second most important political seat in Ghana, he had shown sterling performance, worked very hard and made various sacrifices for the country.

“Remarkably, you have discharged and keep discharging your duties with great tolerance even when your opponents come after you and this proves your competence and how focused you are,” Ya-Na Mahama told the Vice President.

“As a Muslim, you hold onto your faith at all times while you find it no harm to be amongst Christians and this speaks loudly about nothing but, the necessity of peace and tolerance amongst ourselves even when we disagree with each other,” he opined.

The Overlord of Dagbon also lauded the New Patriotic Party government for continuously working to bridge the development gap between the north and the south through various projects, including the setting up of the Northern Development Authority and the construction of the first-ever interchange in the north.

“Today, we can boast of countless infrastructure from roads, markets, factories, hospitals, schools, water and sanitation projects among others.

“All these were achieved through the Northern Development Authority which you were instrumental in its formulation”.

While wishing the Vice President travel mercies as he begins a tour of northern Ghana, Ya-Na Mahama urged Dr Bawumia to remain focused on improving the standards of living for the people.

“The people are keenly observing your contribution to national development and will make their voices heard at the right time.

“Your keen interest in seeing the north develop will always be remembered. I, as your father, will like you to continue to be a loyal servant of Ghana and the people of the five northern regions.

“Your reward is on the way because you are bound for greatness, my son,” Ya-Na Mahama stated.