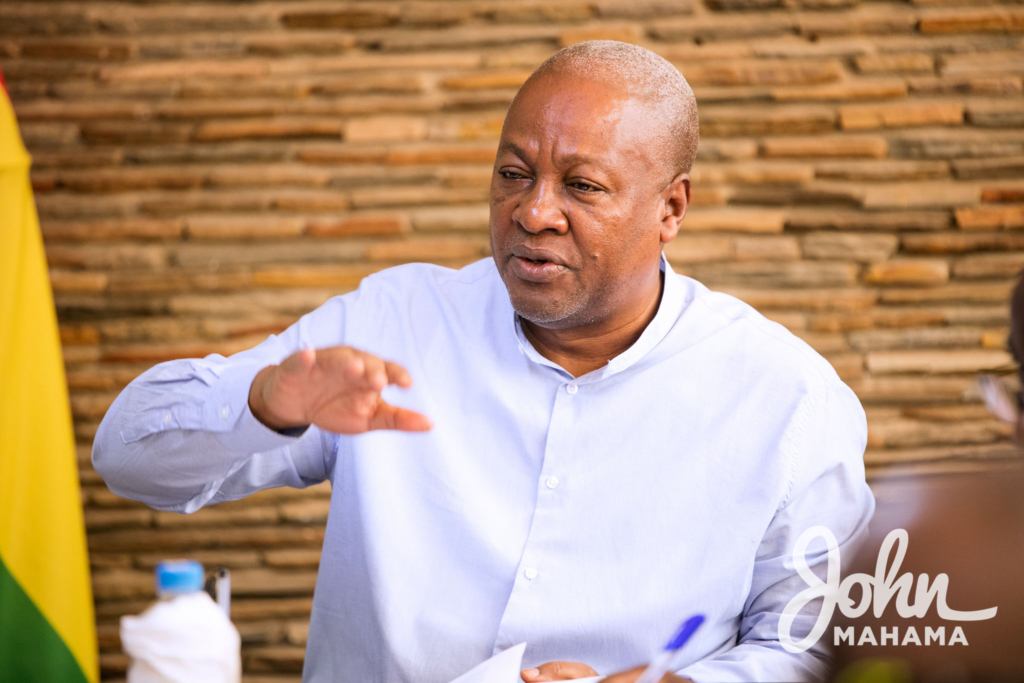 Former President John Mahama asked the Finance Minister to as a matter of urgency refund the alleged diversion of $100 million accrued from Ghana’s Petroleum lifting in the first quarter of 2022.

Mr Mahama said there can be no justification for the said diversion.

According to him, the move is illegal as per Petroleum Exploration and Production Act (Act 919).

In a Facebook post on Monday, Mr Mahama stated that the Finance Minister did not seek parliamentary approval for the diversion.

“Section (15) of the Petroleum Exploration and Production Act (Act 919), is also clear that “Any borrowing exceeding the cedi equivalent of thirty million United States Dollars for the purpose of exploration, development and production shall be approved by Parliament and shall be in consonance with the Petroleum Revenue Management Act.”

“There can be no justification for diverting revenues accruing from the nation’s share of petroleum resources into any other account aside from the PHF.

The Minister for Finance must as a matter of urgency repatriate all such illegal payments back into the PHF without delay as there is no record to confirm parliamentary approval on any such loans acquired by GNPC in their work programme,” he stated.

The issue was first made public by the Minority in Parliament.

The Minority, in a statement issued on Wednesday, September 28, insisted the revenue from the Jubilee and TEN fields to a company was transferred illegally.

The Caucus also alleged that the Finance Minister has ceded shares from the 2021 Occidental (Oxy) transaction in respect of the Jubilee and TEN Fields to an offshore company known as JOHL “in a very surreptitious and opaque manner.”