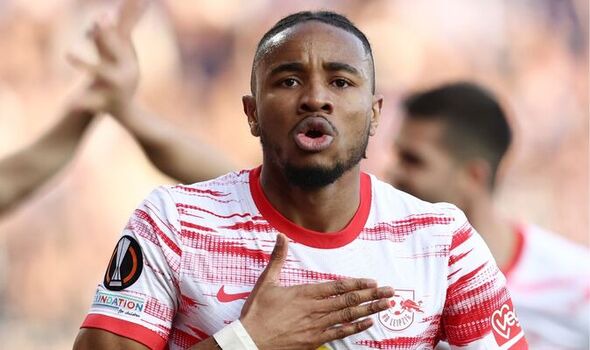 Bundesliga Star, Christopher Nkunku has allegedly signed a pre-contract with Chelsea. The agreement is believed to be completed at the end of the season with the French international joining the west London club at the beginning of next season.

The French International is believed to have completed a medical with Chelsea just before the end of the transfer window in the summer.

Nkunku is one of the highly rated players in the Bundesliga and even scored 2 goals over the weekend. The player has been tipped to be the next superstar in football.

According to sources close to the club, the signing of Nkunku will open the door for the possible exits of Christian Pulisic, Hakim Ziyech and Kai Havertz.

It is believed that Pulisic is willing to listen to offers from Serie A clubs, with Juventus and AC Milan in pole position for his signature.

New owners of Chelsea are also interested in signing a midfielder and a goalkeeper to add to the squad ranks.