Global Info Analytics is practically first in Polls when it comes to analytical analysis on the Global political, social, and economic plate, and the best in demystifying it into verisimilitude.

In the renowned Global Info Analytics on whether voters believe the NPP can break the Eight (8) in 2024, respondents were split in the middle with 45% saying “YES” whilst another 45% saying “NO”.

The poll, which had 61% of the respondents identified themselves as NPP supporters.

10% had no opinion. Interestingly, with 61% of respondents being NPP sympathizers, they don’t believe the party can break the 8, a situation which could also worry the party leadership as it would have an impact on voter enthusiasm.

52% of the respondents admitted they are party delegates who are allowed to vote in the primaries, of which 80% were from the NPP and 17% from the NDC. Another evidence that the troops who would be required to lead the party’s fight to break the 8 may not share the belief. 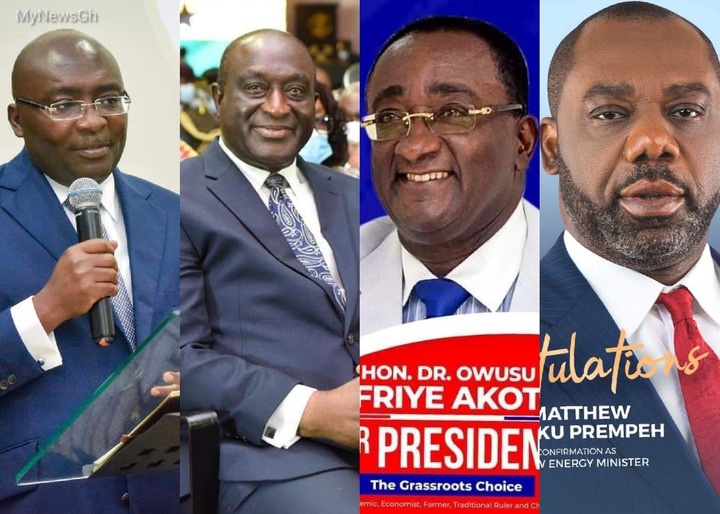 On the question of which institutions are perceived as most corrupt in the country, the Ghana Police Service tops with 13.5%, followed by the Presidency with 10.9% and the Judiciary with 8.7%.

The October 2022 national poll will provide better insight into the above polling numbers.