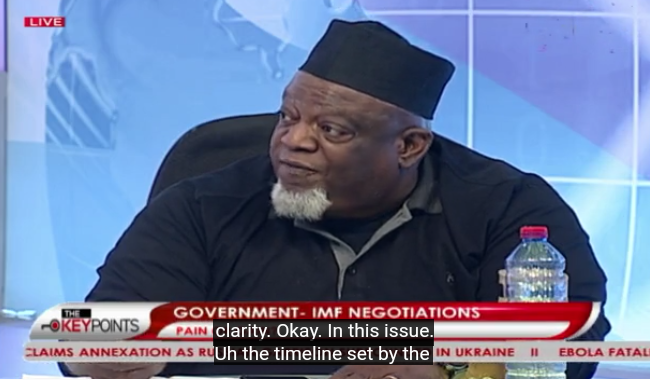 On Saturday, 1st October 2022, there was an intense debate between NDC’s Sammy Gyamfi and NPP’s Dennis Miracles Aboagye.

Both politicians vehemently stated points that showed that their political parties were acting in the best interest of the country.

Global Financial Analyst Joe Jackson was also in the studios to contribute to discussions.

On the TV3 morning show hosted by Alfred Ocansey, Sammy Gyamfi revealed that the current NPP government had borrowed recklessly raising the debt level to more than USD 400billion and the NDC borrowed about USD112 billion.

According to NDC’s Sammy Gyamfi, unlike the NDC, the NPP borrowed huge amounts of money and yet has nothing to show.

NPP’s Dennis Miracles debunked the points raised by Sammy Gyamfi as he indicated that the NPP’s borrowing was necessary to continue abandoned projects, Free Senior High School and to do construction projects for the country.

Joe Jackson expressed worry about the unsustainability of the current debt levels and he advised Sammy Gyamfi not to be excited that things have gone wrong.

“Things are worse and we may all bear the pain to restructure the debts. It would help the country if the right things are done.”

“NDC borrowed and NPP also borrowed. Both managed the loans recklessly if not we will not be in this situation. There is no need to blame the NPP for our woes”.

Is Finance Analyst Joe Jackson saying that both NPP and NDC are the same? Is he saying that the NPP has worsened the economy and so NDC is better?