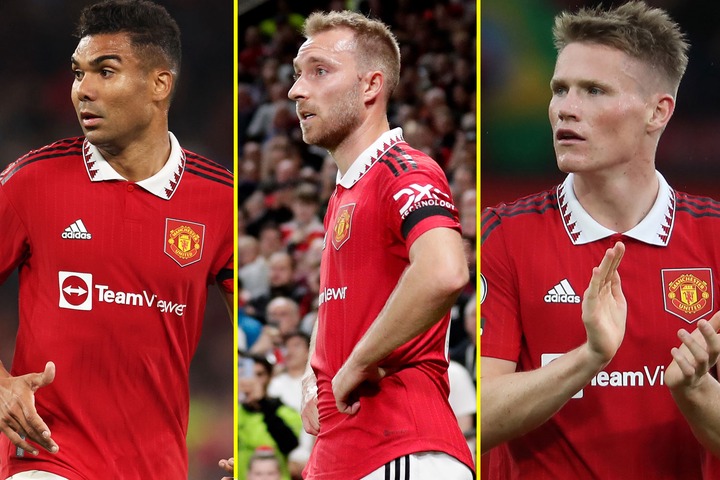 Manchester United made significant improvements in their midfield department this season with the addition of Casemiro from Real Madrid and Christian Eriksen. The Red Devils are reportedly not finished and would want to bolster the position with more additions.

Currently Fred and Mctominay have been highlighted as makeshift forces but their roles will be reviewed at the end of the season based on their performance.

However, the red devils have sounded their interest in  the signing of West Ham midfielder Declan Rice as a potential option should Frankie De Jong still refuse a move to the club.

The Manchester club are also in the race to sign Jude Bellingham of Borussia Dortmund. The player is attracting a lot of offers from top clubs across Europe.

Manchester United are in action this weekend against their neighbours, Manchester City and Ten Hag is reportedly focused on this clash. United will be without Maguire and Martial as both players have been ruled out with injuries.