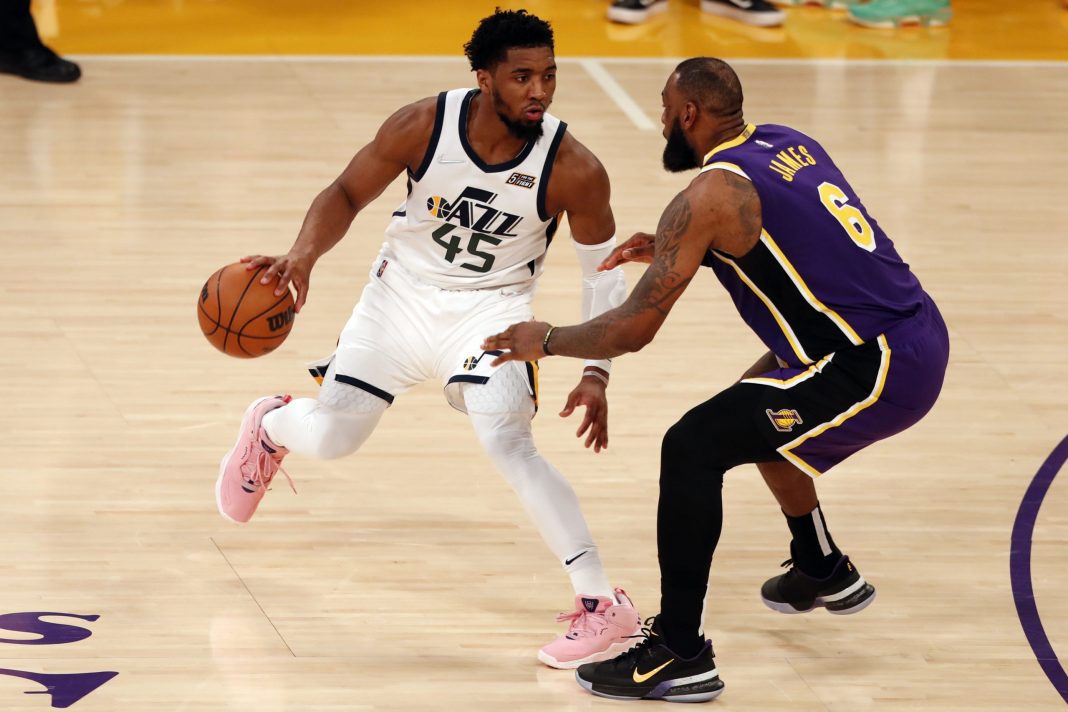 DStv and GOtv are your home of the Entertainment and Sports Programming Network.

One of the biggest trades in the build-up to the 2022-23 NBA season saw Donovan Mitchell traded to the Cleveland Cavaliers from the Utah Jazz, with the latter team receiving  Lauri Markkanen, Collin Sexton, and Ochai Agbaji, three first round picks, and two pick swaps in return.

The point-guard had long been the subject of trade rumours, but expected to return to his home state of New York and play for the Knicks, only to be somewhat blindsided by a move to the Cavs.

“It would have been nice,” Mitchell said of the homecoming that didn’t happen. “But for me, once I found out I got traded and what we’re going into, that trumped everything. I’m truly excited to be here, be part of this group, be part of this city.”

For Mitchell, who averaged 23.9 points in five seasons with the Jazz, Cleveland has always been a team he felt affection for – due to them being the franchise where his idol, LeBron James, made his name.

“I was a LeBron fan, but I was a Cleveland fan. My man’s over there saying Cleveland Cavaliers; I was saying that at the house,” he said, pointing toward arena host Ahmaad Crump. “It’s crazy how life comes full circle.”

As far as what is expected of the Cavaliers and Mitchell, the three-time All Star has stressed that improvement is the main aim for now.

Mitchell’s comments brought a smile from Cavs coach J.B. Bickerstaff, who said he and his staff were meeting about the upcoming season when general manager Koby Altman pulled off the trade.

“It was kind of a curve ball when it happened,” Bickerstaff said. “We had had our coaches’ retreat and put a plan in place, so we had to make some changes. But we’ll make it work.”

There will certainly be adjustments ahead for Mitchell. But after playing in Utah, he’s not worried about Cleveland’s dreaded winter: “I love the cold, to be honest,” he said. “I think I dress better in the cold.”

Even Germany are out – GFA ExCO member defends Black Stars

How a military upbringing for Mike Brown is helping the Kings