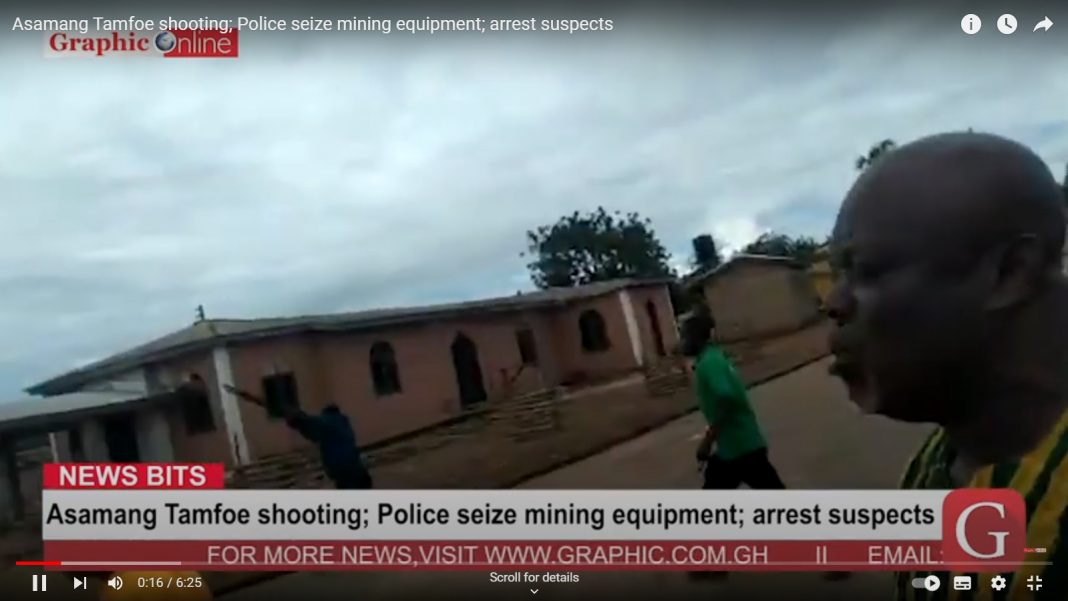 The Eastern Regional Police Command has taken over the investigations into the shooting incident at Asamang Tamfoe in the Atewa East District on Thursday.

The incident is in relation to illegal mining activities in the area.

Meanwhile, 16 of the total of 24 suspects arrested are in police custody in Koforidua. The eight were released after a screening exercise by the police when it was detected that they were farmers who were arrested as part of the swoop.

They were taken to the Koforidua High Court Friday morning but the court was not in session.

Efforts are underway to grant them police enquiry bail.

There was some disagreement with community members of Asamang Tamfoe when an anti illegal mining taskforce and the police from Kyebi went to the area to arrest suspects and seize illegal mining equipment.

The police and the task force had gone into a bush in the area to stop a suspected illegal mining activity.

However, the community members insisted, their operations were approved as it was part of an approved community mining activity.

The police and task force seized some mining equipment including excavators.

On their way out in a convoy transporting the arrested suspects and the equipment to Kyebi where the District Police Command headquarters is located, the community members blocked the road.

This led to the firing of shots.

Below is a video from the incident scene.