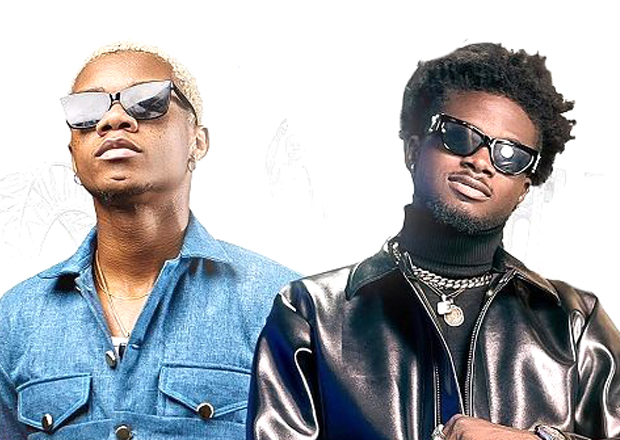 Two Ghanaian afrobeat artistes, KiDi and Kuami Eugene lifted the flag of Ghana high when they staged series of live musical concerts in Europe to entertainmusic fans during their Europe tour.

Known for their exciting stage performances, KiDi and Kuami Eugene performed in a different city each day to thousands of fans.

Theythrilled fans with their various danceable hit songs during the tour, which ended on September 23.

Completing the final lap of the successful tour in Hamburg, the two afrobeat artistes, who have performed on many international platforms, performed at three shows in one night at the grand Reeperbahn Festival.

Kuami Eugene made a cameo appearance during KiDi’s set at the fully packed venue live on NDR, one of Germany’s Public Radio & TV Network (ARD).

The fun continued at the exuberant Angie’s Club where Kuami Eugene awed a diverse crowd with an energetic delivery of hits.

It was exciting to see the crowd’s reaction when the two acts unleashed some of their popular hit songs.KiDi and Kuami Eugenegave away mind-blowing performances that left the audience wanting more.

fans who attended the event were happy to witness historic performances by the two acts who were fantastic on stage.

They climaxed the night, and their Europe tour in high spirits at an after-party at Cave Lounge in Hamburg.

Blessed with full showmanship, they delighted the crowd with tunes that got them dancing all the way through.

KiDi and Kuami Eugene have both enjoyed critical and commercial success over the last few years, and have established themselves as the leaders of the new school of Ghanaian highlife and afrobeat music.

KiDi is currently Ghana’s 2022 Artiste of the Year, and has released hugely successful singles such as ‘Odo’, ‘Say Cheese’, ‘Enjoyment’ and ‘Touch It’.

Kuami Eugene, credited with a number of awards, has released several hit songs such as ‘Angela’, ‘Confusion’, and ‘Wish Me Well’ among others.