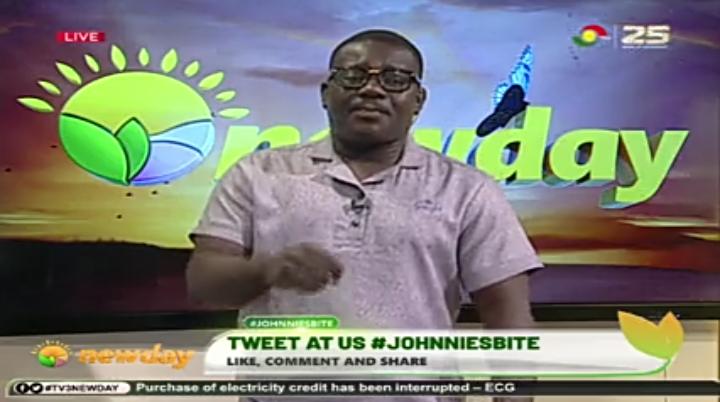 Host of TV3 New Day show, Johnnie Hughes has expressed his disappointment in some journalists who laughed at certain comments that were made by KT Hammond, member of parliament for Adansi-Asokwa constituency.

Speaking on Johnnie’s Bite show this morning, Johnnie Hughes revealed that he felt bad and sad when his own colleague journalists laughed at certain comments that were made by the law maker.

This comes after Kobina Tahir Hammond, who is popularly known as KT Hammond used the word, ‘coconut’ to describe persons who booed the president during the Global Citizen Festival.

“We will continue to admonish you the young men and women to be patient. When there’s an issue to be addressed, society always consults the elderly. Not you the young ones, whose heads are like coconuts“

After making such comment, some journalists who were around could be heard laughing and making fun of the comment.