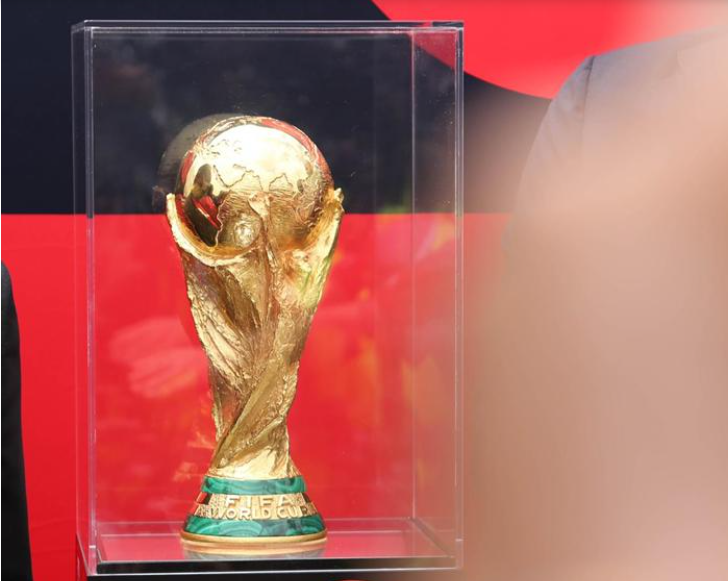 Qatar 2022 is fast approaching and it will be a chance for the greatest players in the modern game to strut their stuff in front of the watching world.

Beyond yer Messis and yer Ronaldos, fans was be positively salivating at the prospect of watching Kylian Mbappe, Kevin de Bruyne, Neymar, Robert Lewandowski, and many, many others in action.

However, despite the glut of talent on show, spare a thought for those teams who failed to qualify, and in particular, the stars who will miss out on all the fun and games at the tournament.

Here we take a look at some of the best players who won’t be at the World Cup this year.

The obvious place to start is with the free-scoring Manchester City striker whose Norway team could only finish third in their UEFA qualifying group behind Netherlands and Turkey.

Haaland himself found the target five times in the 10 qualifying games to make it 21 goals in just 23 games for his country – but he won’t be adding to that tally in Qatar.

Africa’s patently unfair qualifying process will see a number of top teams and players absent from the tournament in Qatar, and perhaps none bigger than the unfortunate Egyptian, Salah.

Liverpool’s main man missed a penalty in a playoff shootout defeat to Senegal, meaning that he won’t be able to display his considerable talent on the world stage.

After injury impacted his tournament in 2018, Salah may have to wait another four years to finally get a proper chance at the tournament, by which time he will be just shy of 34 years old.

Another Liverpool star who will be watching the tournament from home will be the dazzling Diaz after Colombia missed out on a CONMEBOL playoff place by a single point to Peru.

The grueling 18-match process saw Diaz contribute three goals to his country’s efforts, but it wasn’t to be following a decisive and damaging 1-0 home defeat to the Peruvians in January.

Another Norwegian absentee will be the Arsenal playmaker.

Having been handed the captain’s armband for his country in 2021, the 23-year-old will unfortunately not be able to lead his side out at the tournament due to their failure to qualify.

It may be little surprise that Austria are not at the World Cup seeing as they haven’t competed on the grandest stage since 1988, but recent years have seen an upturn in form, culminating in a narrow last-16 defeat to eventual winners Italy at Euro 2020.

Part of their improvement is due to the presence of highly decorated Real Madrid and former Bayern Munich defender David Alaba.

However, while he has been able to hoover up league titles and Champions Leagues at club level, he could do little to prevent his national side from losing to Wales in their UEFA playoff semi-final.

From helping a resurgent AC Milan to a long-awaited Serie A title to earning a move to Barcelona, a World Cup appearance would have capped off a pretty impressive 2022 for the Ivorian.

As a result, the world will be denied the chance to see the rapidly-improving box-to-box midfielder at the tournament.

The Paris Saint-Germain goalkeeper’s last touch of a ball at an international tournament was saving Bukayo Saka’s shootout penalty to win the European Championship for Italy.

Perhaps still basking in the high of that Wembley win, the Azzurri contrived to finish second in their UEFA qualifying group behind Switzerland, forcing them into a playoff semi-final, in which they were stunned by North Macedonia.

At 23, Donnarumma has ample time on his side to reach the World Cup with his country, but seeing as they have now missed the last two tournaments, who’s to say that’s even a given in the future?

The recent focus on Nigeria has tended to focus on their amazing kits year after year, but on the pitch, the Super Eagles have actually assembled a super-talented side, spearheaded by Napoli’s prolific hitman.

However, a poor AFCON showing was followed by a disappointing away goals playoff defeat to rivals Ghana as Osimhen failed to add to his 4 goals from the previous group stage round.

The successor to Zlatan Ibrahimovic will not be seen at the World Cup following Sweden’s playoff final loss to Poland.

Failure to qualify could perhaps be partly attributed to Isak’s own dip in goalscoring form, which saw him fail to add to his nine international goals at all in 2022.

Seemingly rediscovering his scoring touch since joining Newcastle this summer, the break this year may actually be beneficial for the 23-year-old as he targets future tournaments to show what he can do.

One of the standout performers of Italy’s Euro 2020 triumph and added further bewilderment to their failure to reach Qatar this time around.

A vital cog in the respective Azzurri and PSG teams, fans of the classy midfielder will be left disappointed not to see him dictating play and spraying passes on the biggest stage.

We will do better next time

Andre Ayew not the reason for Black Stars

Mahama reacts to photos of Suarez in tears