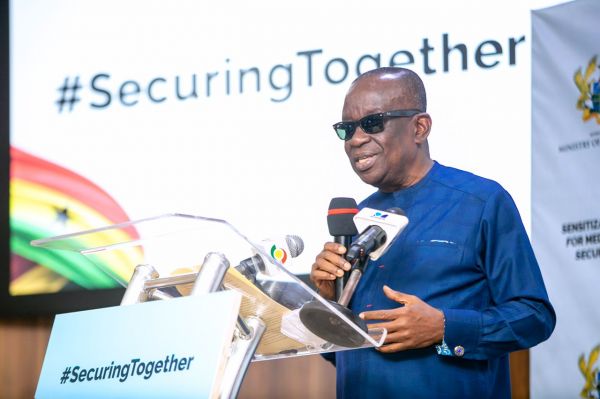 The National Security Minister, Albert Kan-Dapaah, has disclosed that the Sahel and West African regions have become the most dangerous regions in the world when it comes to terrorist activities.

According to him, the two regions record about 45 percent of the over 300 terrorist attacks and violence recorded on the African continent.

Speaking at the West African Mining Security Conference (WAMS) on Wednesday, Kan-Dapaah added that four countries in the Sahel and West African regions are part of the top 10 countries most affected by terrorism globally.

“Data from the latest global terrorism index indicates that the Sahel and West African regions have now become the epicentre of terrorism and violent extremism with four countries in the regions in the top 10 countries in the world most impacted by terrorism.

He also said that “the rapid spread of terrorism and violent extremism in the West African sub-region is largely driven by the quest of some terrorist groups to capture the resource rich areas in the sub-region and gain access to the Gulf of Guinea.”

He added that terrorists want to do these two things because they want to engage in illegal mining and piracy to generate funds for their activists.