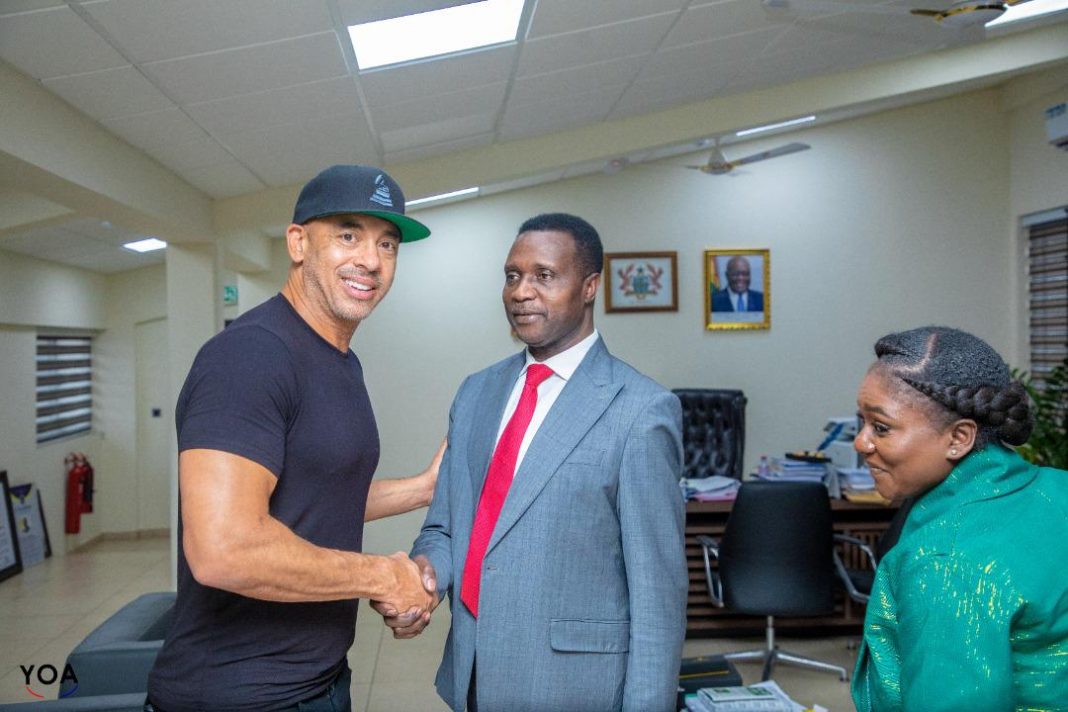 The CEO of the Recording Academy, organisers of the Grammy Awards, Harvey Mason Jnr, has pledged to support the Creative Arts Senior High School (CASHS) at Kwadaso.

He explained that the institution, when completed, would become Creative Arts skills hunting and development centre for the country, Africa and the rest of the world.

Harvey Mason made the announcement when he paid a courtesy call on the Education Minister, Dr Yaw Osei Adutwum, in Accra on Monday.

The Recording Academy CEO noted that he was ready to support the school to help to become a top-notch Creative Arts training institution.

Harvey Mason Jr’s visit to the Education Ministry took place after meeting with various stakeholders in the music and hospitality industry in the country.

From Ghana, Harvey Mason Jnr will be travelling to Rwanda to attend the 13th edition of the Grow, Unite, Build Africa (GUBA) Awards slated for September 29, 2022, at the Kigali Convention Centre in Rwanda where he has been nominated to pick a global award.

The CEO lauded the Education Minister for his role in establishing the Creative Art School to help train the best talents in the entertainment sector.

He stated that there was a need for the pool of talents in this side of the world to be tapped and harnessed to the rest of the world for the development of the various facets of the world.

Responding, Dr Yaw Adutwum praised him for choosing to visit Ghana and for his desire to support the development of the Creative Arts industry in the country.

The Education Minister assured the Recording Academy CEO of his preparedness to collaborate with him and other partners to get the best support for the nation.

Dr Yaw Adutwum again declared his readiness to partner with Academy towards building a strong curriculum for the CASHS at Kwadaso.

“We are trying our possible best to change the old paradigm and the state of education in the country and other initiatives which affected the nation’s development agenda,” he said.