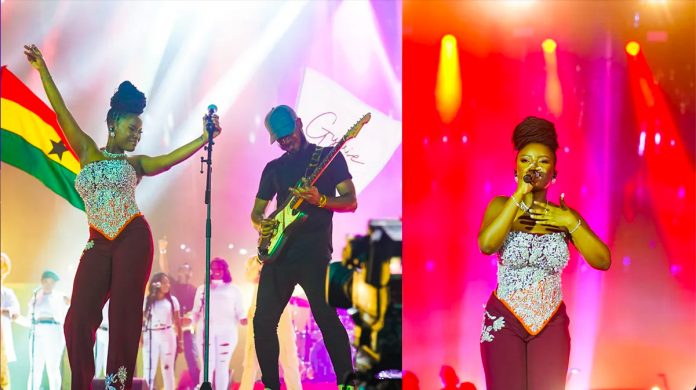 The songbird Gyakie has disputed an earlier declaration by Global Citizen Festival organizers that no performers were paid to play on the night.

According to Gyakie, she got paid in full with everyone engaged in her skill on that day.

Since the Global Citizens Festival was a charity event, Big Ideas Consult’s chief executive said on Monday that no performer was paid for being there.

However, Gyakie informed Giovani on the 3FM Drive on Tuesday that the organizers satisfied all monetary conditions required for her to go on the stage.

“Yes, everybody that was on the stage was obviously paid. The dancers, the choristers, the band. Everybody.”

READ ALSO: How can you organize a show without Shatta Wale – Akuapem Poloo questions Organizers of the Global Citizens Festival

In response to her fee, Gyakie continued, “Yes. (full amount?) Absolutely. Every single person was paid.”

Her comment disproves the widely shared claim made by Big Ideas’ Kojo Poku that the show’s focus is on altruism.

Kojo Poku claims that none of the performers that day got compensated for their time on stage.