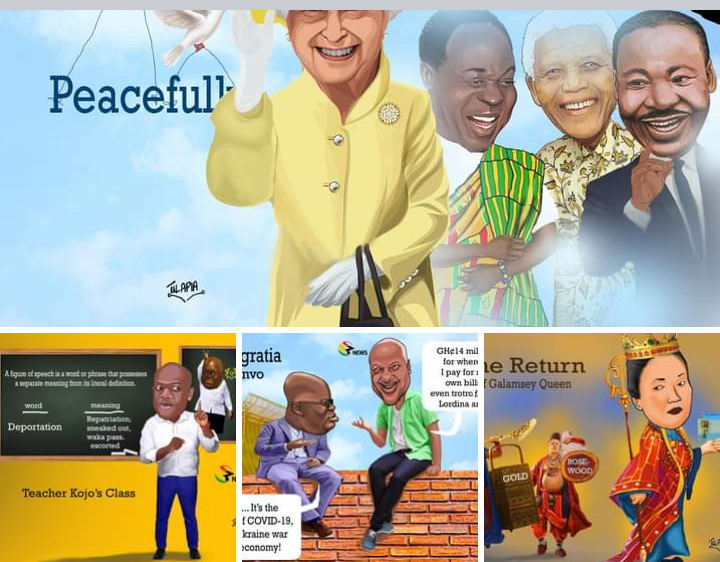 Born in Ghana in 1984, Tilapia Da Cartoonist is a famous Ghanaian cartoonist whose illustrated political and social cartoons are constantly featured on TV3 and its online portal 3news.

Prolific at what he does, Tilapia has had stints with both private and state institutions where he did illustrations for them. Brands like DStv, Volta River Authority, Ghana Judicial Service, and Ghana Airways are but a few examples.

Before publishing his works in the electronic medium, Tilapia worked with the print media in Ghana.

In addition to cartoons, the cartoonist also doubles as an animator. He studied painting, graphic designing, figure drawing, and textiles at the Vision College of Art in Accra. It

Tilapia Da Cartoonist has become a household name following his ability to communicate and illustrate trending issues in a satirical way through visuals.

He is the recipient of the Ghana Leadership Awards for the Best Political Cartoonist, 2020. He was also named the Best Comedy Sketch/Cartoon Artist the same year by the Comedy and Poetry Awards (Ghana).

Tilapia’s works have for years garnered momentum and traction as he uses social media to reach out to his audience in and around Ghana.