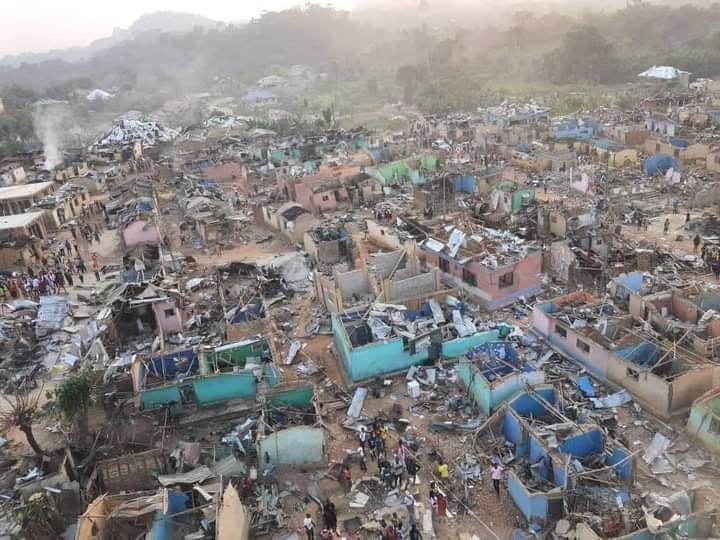 One more person involved in last January’s Apiate disaster has passed on.

The victim suffered a spine injury and has been in hospital all this while.

He passed on at the Cape Coast Teaching Hospital where he was on admission last Friday.

John Opare, 27, developed a spine injury during the disaster which happened in January 2022.

Opare had been in and out of hospital for the past eight months.

He was paralyzed as a result of the spine injury.

This brings the total number of casualties from that disaster to 16.

Thirteen were pronounced dead on the spot and the remaining three died in the ensuing months.

Maxam Ghana Limited, the company at the centre of the explosion that occurred at Appiatse in the Prestea Huni-Valley Municipality of the Western Region, has been fined US$1 million plus other costs totaling US$6 million.