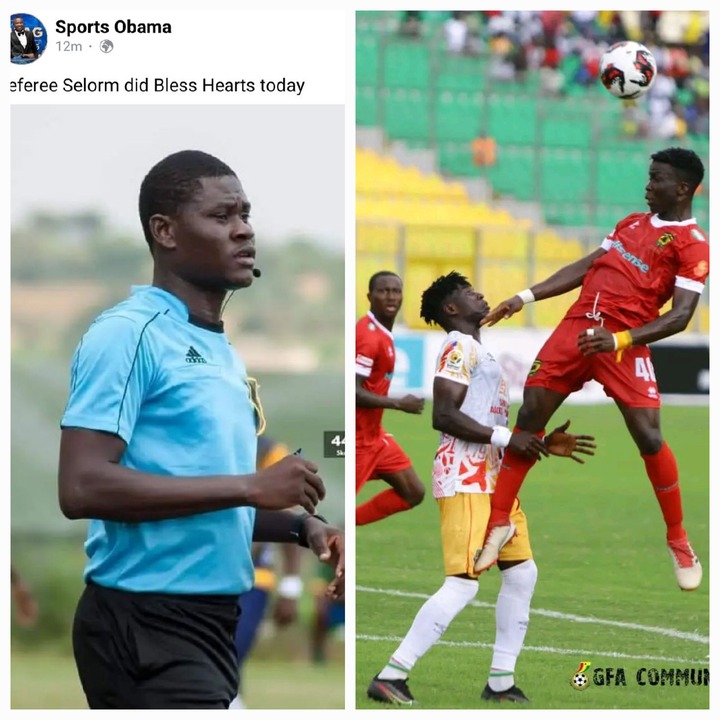 Ghana’s version of El-Classico came off today at the Baba Yara Sports Stadium. It was one of the most anticipated third week matches and many expected a great match. Hearts had been bragging that they have great players because of the performance of some of their players to the local based Black Stars team. For Kotoko they came into the game as wounded lions after they were knocked out of the CAF Champions League by Burkinabe side RC Kadiogo. 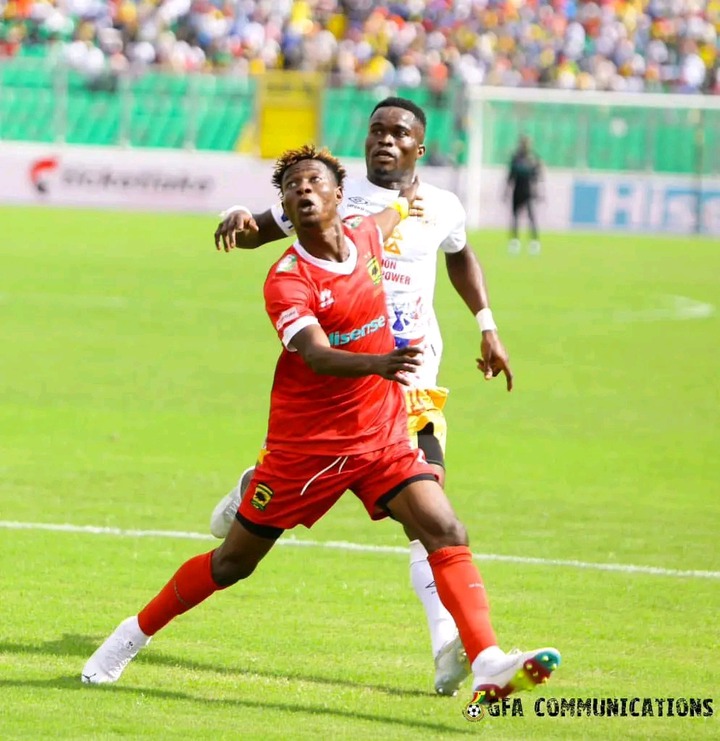 The game started today with both sides trying to outplay each other. However, it was Kotoko that saw most of the ball. The first half ended 0-0 and this set up a thrilling second half. Kotoko went ahead through Yussif Mubarik in the 57th minutes and it took Hearts of Oak 2 minutes to time to equalize. Many thought the game will end 0-1 but Caleb Amankwah managed to pull back to end the game 1-1.

However, one of the controversial moments was the referee. Many feel he aided Hearts of Oak to win. In a match that saw Kotoko play better and expected to win, some feel the decisions that referee Selorm made caused the game to end in a draw. Popular Sports pundit, Sports Obama in a post after the match said, the referee blessed Hearts with certain decisions in the game.

Ghanaians are reacting to this. There is a mixed review over his comment. Some feel that he is on point because the referee indeed aided Hearts to get a draw. Some also feel the referee made good decisions and like Karma Kotoko were made to pay after also getting a lucky win against Hearts the last time they met. Hearts are 13th on the league after 3 matches while Kotoko are 14th with just a match played.

Check out some of the reactions Did the referee aid Hearts? 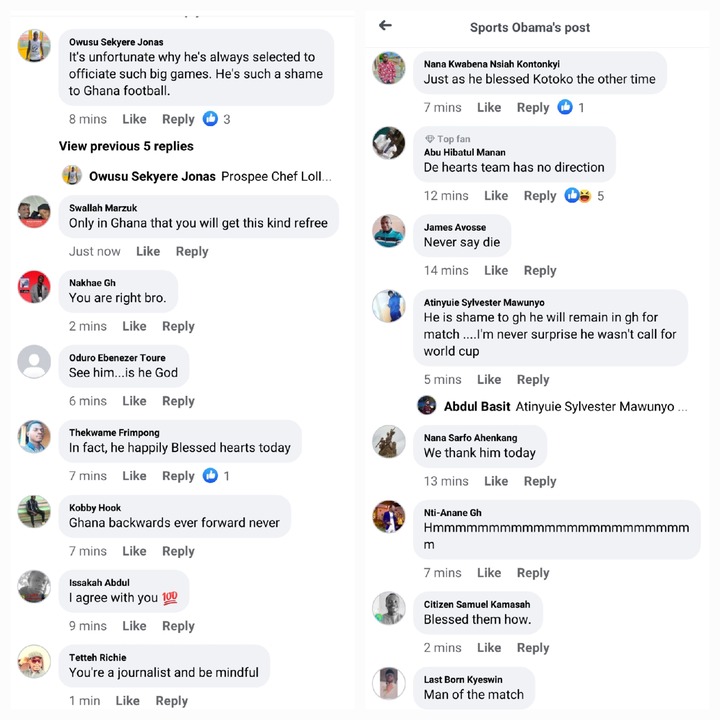