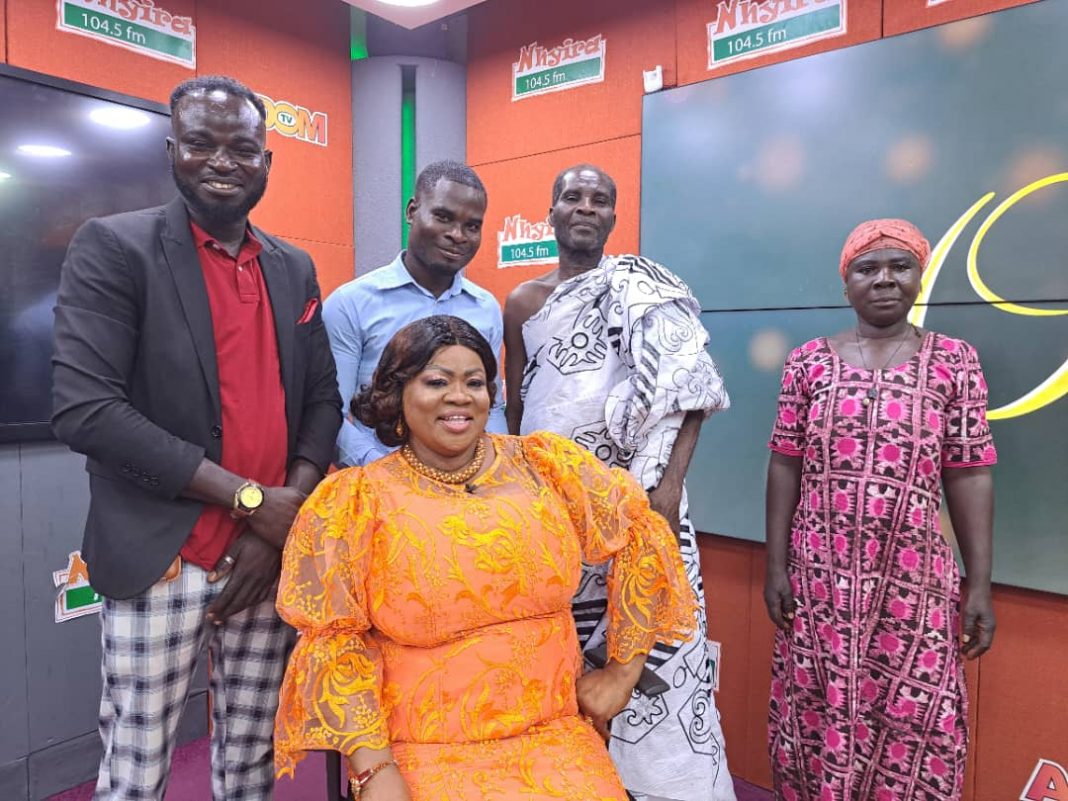 Jacob Sorkabone and his brother Kwabena Moses appeared on the Obra Show on Nhyira FM on September 13, 2022, looking for their father.

According to them, they have inquired from their mother about the whereabouts of their father in the past years without any answer.

“We have been asking our mother series of questions about the whereabouts of our father since 2013, she promised to send us to his hometown but to no avail.

“In 2017, she told us to provide money for transportation to enable her to send us to our father which we provided but again she didn’t send us to him, all she could say about our father is, he is called Kofi,” says Jacob Sarkabone (second son).”

With hope lost, they resorted to the Obra Show to help locate their father.

Together with their mother, Afia Mary, the brothers shared the story of their lost father on Nhyira FM with the hope of locating him.

A day after the show, a listener called claiming Jacob and Moses were his siblings.

He corroborated their story and helped locate the father, Kofi Dogbri.

The families reunited on the Obra Show on September 23, 2022. The father narrated how he got separated from his sons.

“Mary gave birth to our first son Moses at Enkye compound Bodeawuo in the Western region together with Mary’s parents, Mary’s father went on retirement and relocated to Wa and sent for Mary to come to their hometown and stay there.

“Mary did not resist her father’s instruction and went with my son Moses while she was pregnant, for 36 years, it is today that I get to see them, Moses and Jacob are my children,” Stephen Kofi Dogbri (Father) narrated.

It was all tears of joy as the family thanked Nhyira FM for playing a vital role in reuniting the family.