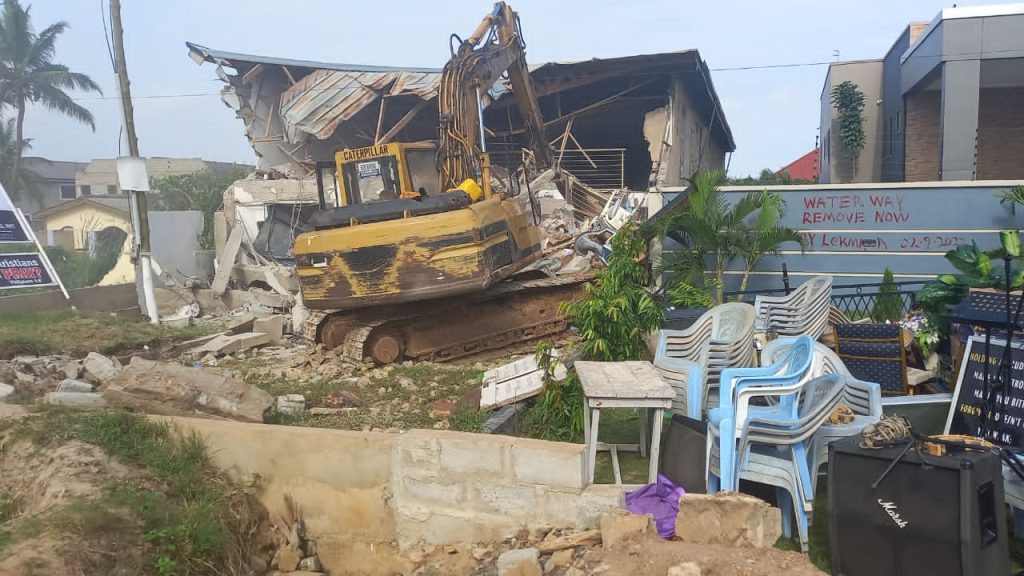 The properties, numbering over 700 have been earmarked for demolition with notices served to the owners.

Mr Mordecai Quarshie, the Municipal Chief Executive of LEKMA who disclosed this to the Ghana News Agency said the houses, most of which have been built in water ways do not have permits.

He said following recent floods in the municipality, and a directive from the president, Nana Addo Dankwa Akufo Addo to demolish structures built in water ways, the Assembly had been left with no choice than to carry out the exercise.

He disclosed that 320 of the houses were situated along the basins of the Sango Lagoon, with the remaining ones around the Kor River and other places within the municipality.

Mr Quarshie who indicated that the exercise had become necessary to avert future floods as well as the loss of lives said, as much as possible, the Assembly would put a human touch to the exercise.

“We are not happy undertaking such exercises but it has become necessary evil that we cannot shelve,” he said.

The MCE said the Assembly would not back down in its mandate to ensure that physical developments in the municipality are done within the confines of the law.

He further appealed to prospective property owners to run a check with the Assembly when buying land and also acquire a building permit before proceeding with any form of development.

He also mentioned that the Assembly would conduct an investigation into claims of negligence by its staff whose responsibilities were to ensure that the buildings earmarked for demolition should not have come up in the first place.

“We will investigate their conduct and recommend punitive actions against any official found culpable,” he said.

The Assembly in carrying out the directives of the president as well as its mandate had in the last couple of weeks pulled down hundreds of properties and illegal structures within the municipality.

Mr Quarshie said, the owners of these properties would be surcharged for the exercise.