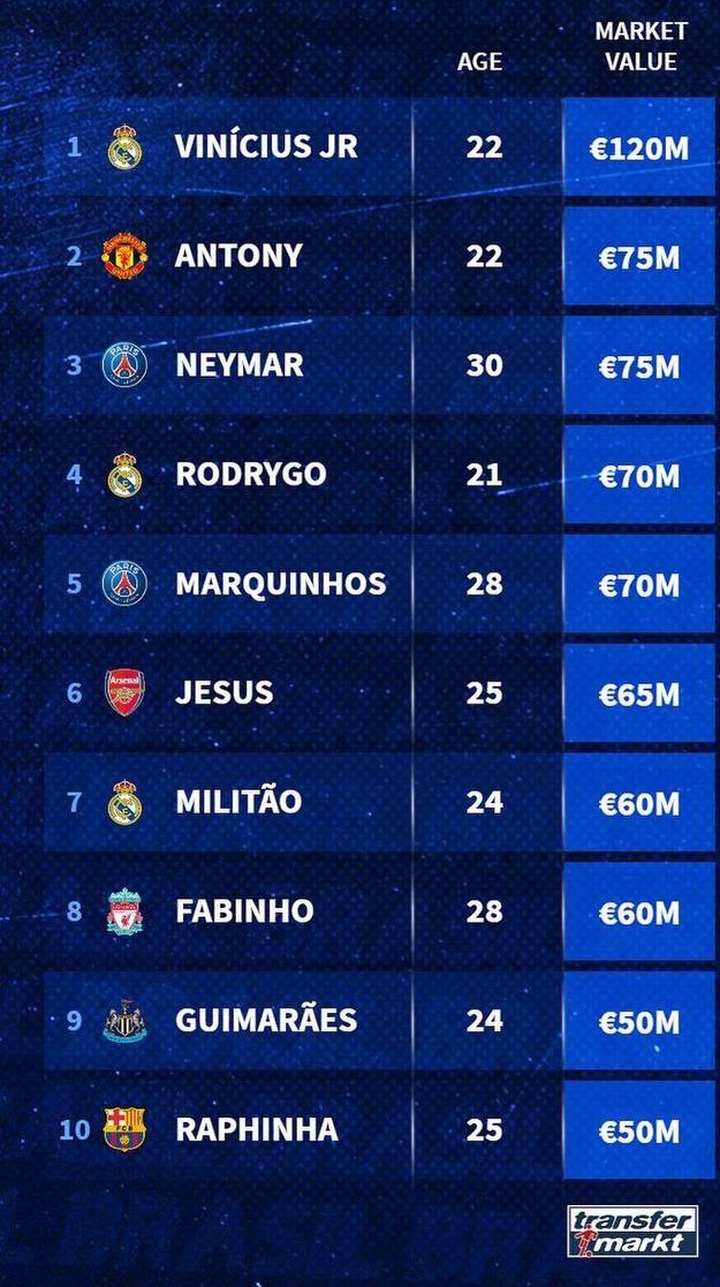 The Brazilian national team has made a lot of great players in recent times, most of their players are valued high due to their outstanding performances in their various teams. Most of them are scoring goals, giving assists and also making great achievements for their teams and themselves as well.

Here is the market value of Brazilian players in the top European leagues:

On the first spot we have have Vinicius Junior of Real Madrid as the highest valued Brazilian player in Europe. The player has been consistent for Real Madrid football club in recent season, he helped them win the UEFA champions league, Spanish premier division and other domestic and European trophies. Individually he was named as the best young player in the 2021/2022 champions league. The player a currently valued as £120M.

On the second spot we have Anthony Santos formerly of Ajax Amsterdam, the striker has been great for Ajax ever since he joined them. He won the Netherlands league on 3 occasions also has also helped Ajax qualify for the UEFA champions league semi final and the quarter final on 2 different occasions. He currently plays for Manchester United in the English premier league and he hopes to win trophies and also make great achievements with them. He is currently valued £75M. 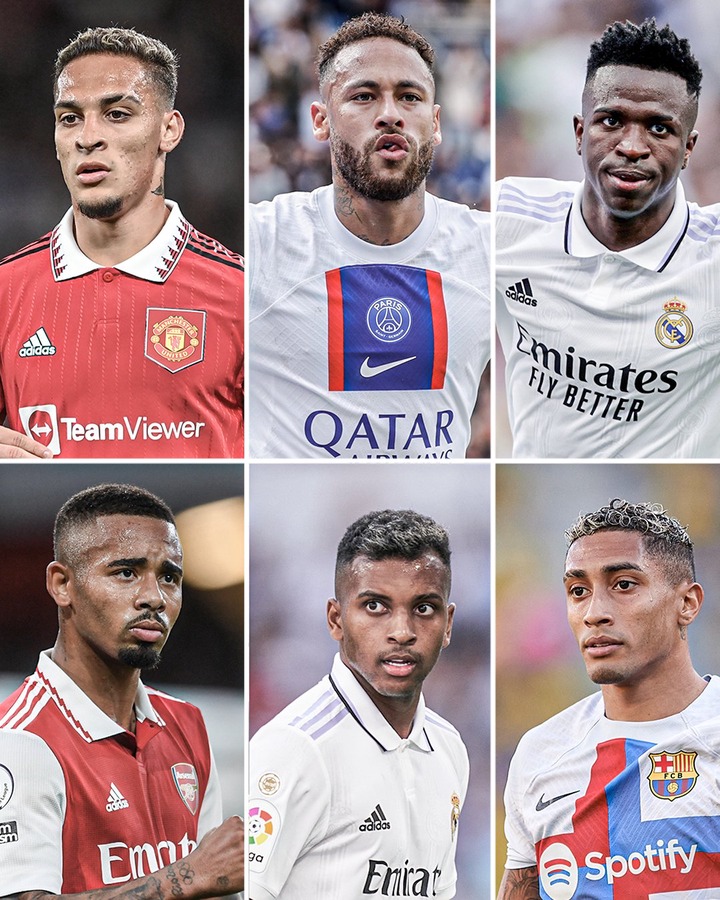 On the 3rd spot we have Neymar Da Silva Santos Junior of Paris Saints German, the player has been consistent in recent years and also helped Paris Saints German qualify for the UEFA champions league semi finals on 2 occasion and has also won the French league one on 4 consecutive occasions with Paris Saints German and other domestic trophies. He is currently valued £75M.

So these are the current market value of the Brazilian players in Europe, they hope to play good football in other to increase their market value.