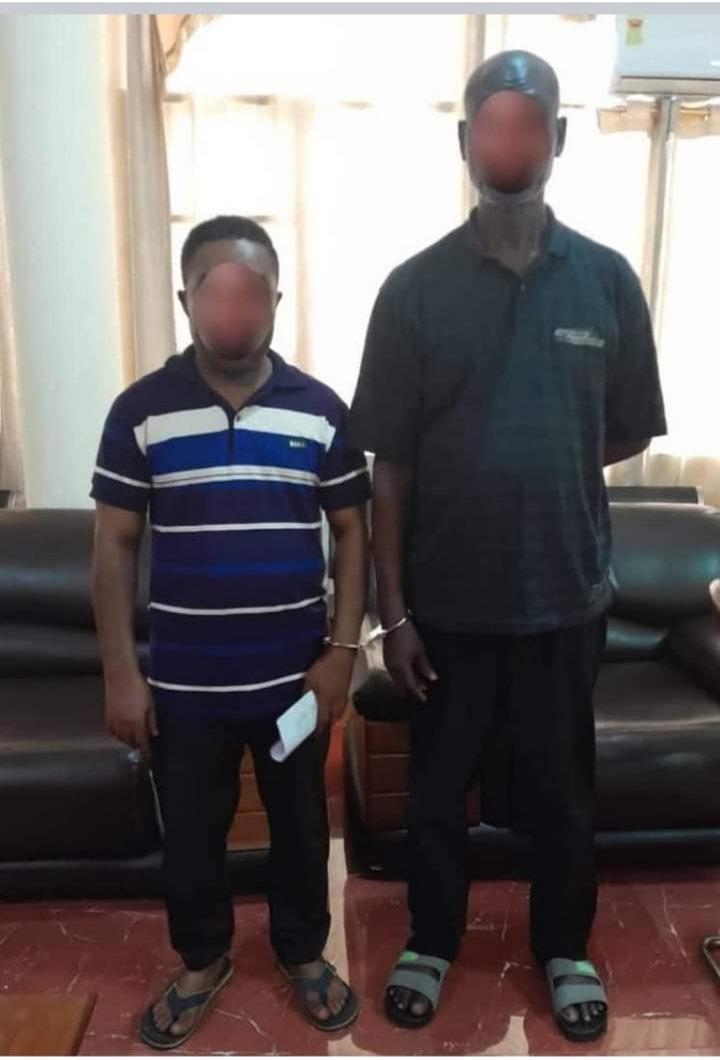 The alleged heinous murder of a trainee nurse, Georgina Asor Botchwey by a chief and a man of God in their quest to seek ritual money is the talk of the town as many Ghanaians simply can’t wrap their heads around the issue.

Strangely, the two personalities involved in this case are Michael Darko and Christopher Ekow Nana Clarke and they are held as suspects until a competent court of jurisdiction pronounces them guilty.

It came as a surprise to most Ghanaians after it was discovered that the lady in question who was reported missing some weeks ago, has been found murdered in cold blood. Sadly, her mortal remains were hidden in the room of the pastor. The two were arrested upon investigations uncovered their diabolic plan.

However, a new development about this story had it that the chief had attempted to commit suicide by drinking poison but his efforts proved futile as the timely intervention of the police to send him to the hospital saved his life. 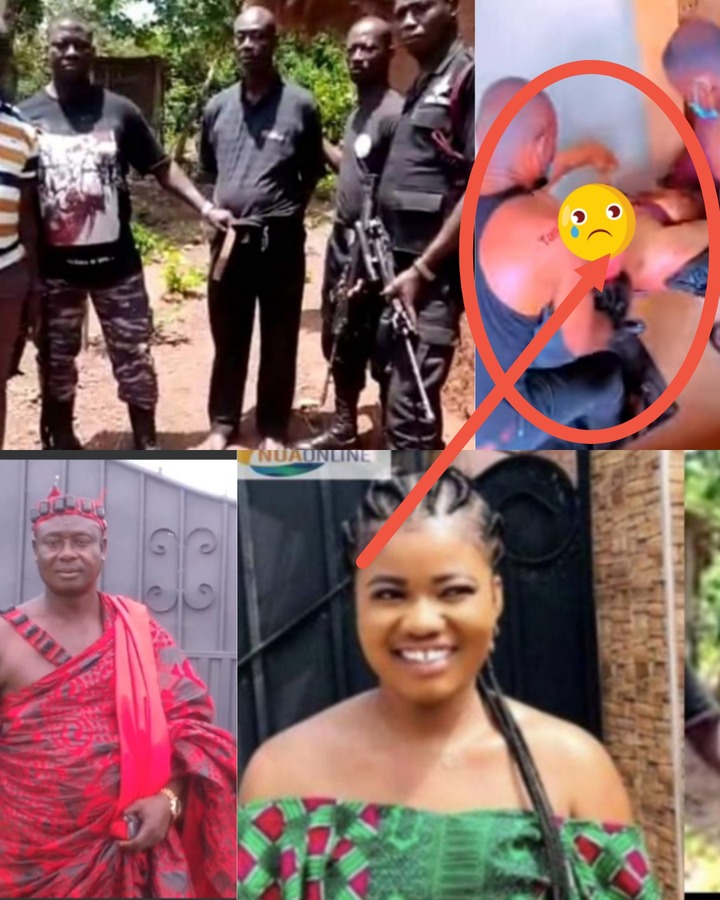 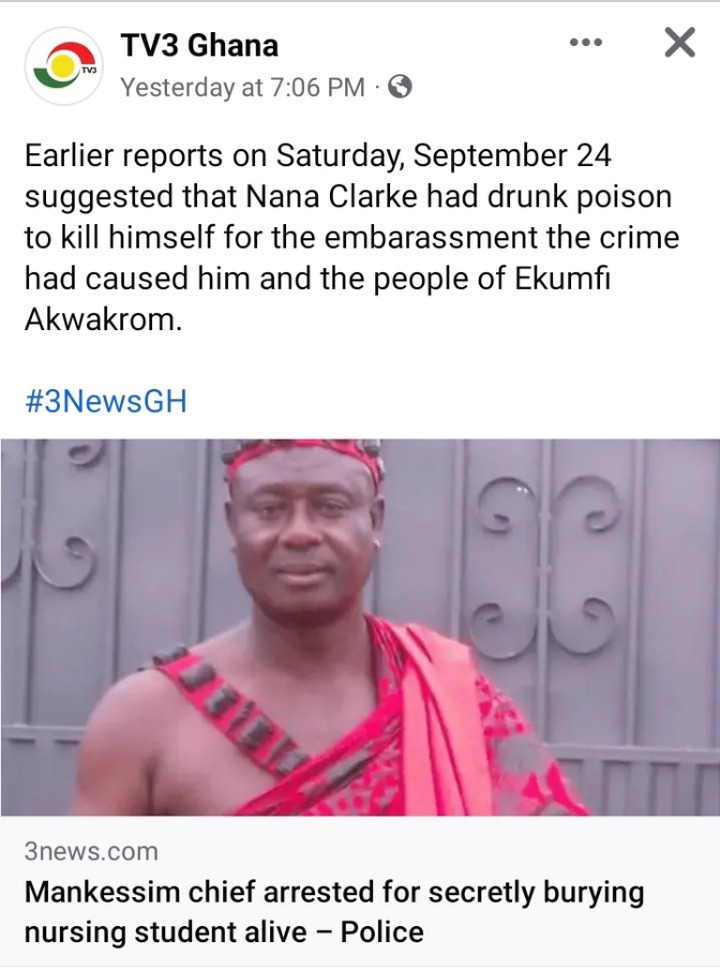 According to the police, the initial reportage that the chief had passed on was false and must be disregarded. The security institute labeled this whole twist to the story as false.