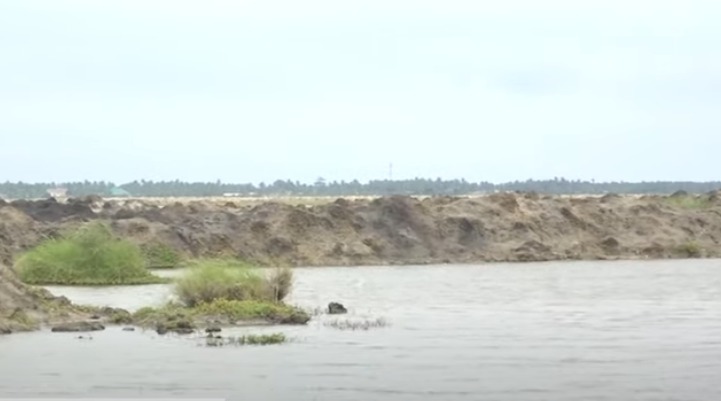 The Management of Seven Seas Salt Mining Company Limited at Laklevikope in the Volta Region has blamed the death of four persons on the activities of the residents.

The management said a number of dykes have been dug by residents along fish ponds owned by the community members.

A mother and her three children, drowned on Saturday, September 17, after they fell into a pit that the residents say was dug by the Seven Seas Salt Mining Limited.

Residents have suggested they will protest the activities of the company as well as pursue legal action.

The company has however rejected the accusation.

The Public Relations Officer for the Company, Adams Mensah said “where the incident happened, they have a fish pond which members of the communities dug.”

He however admitted that there were no warning signs in place, as complained about by residents.

“We actually came up with a warning signpost. In actual fact, our plan was to start planting them on Monday. Unfortunately, the incident occurred on Saturday,” Mr. Mensah said.

He added that the company would offer the support needed by the affected family.

“Whatever we can do to assist the widower, we are ever ready to do that,” Mr. Mensah assured.