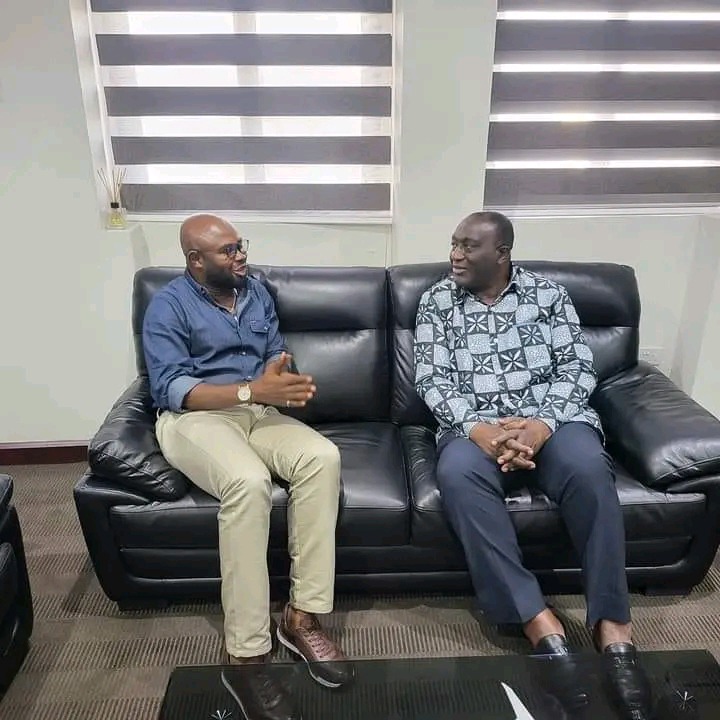 Alhaji Abdul Mumin Salifu C.O.P., who was the firsr runner up in the last New Patriotic Party (NPP) regional executive elections in the Northern Region has assured the presidential candidate hopeful of the party, Alan Kojo Kyeremanteng that he shall avail himself to work for his interest 24/7.

Jack Sparrow as he is popularly known by the party supporters said this after a meeting held between the two(2) today Thursday, September 22.

“I know that change only happens when ordinary NPP people get involved in your team and I have no regret meeting you. I will work with you hand in hand 24/7”, Jack wrote on Facebook.

Jack sparrow is one of the most vociferous New Patriotic Party politicians in the northern region. His influence in the Alan Kyeremateng team will go a long way to push his presidential agenda.

This is in the bid to rally behind the energy minister for his 2024 agenda.

FC Barcelona Vs Inter Milan: Team News, Predictions, Where To Watch And Many More