Ukraine captain calls for Russia to be totally isolated from sport 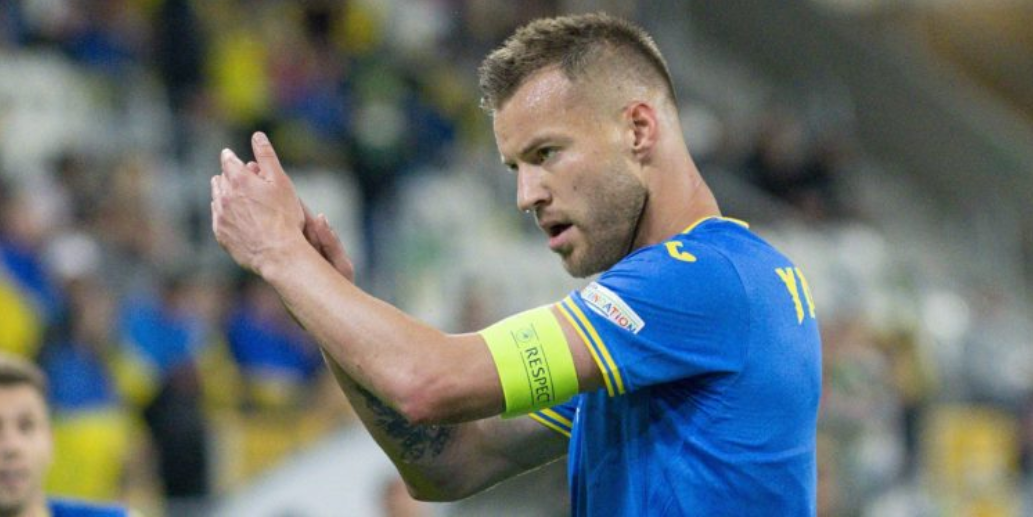 Andriy Yarmolenko, captain of the Ukrainian football team, has called for Russia to be “isolated on every level” from sport.

UEFA announced this week that Russia will be excluded from the qualification process for Euro 2024.

It continues a ban by the European football governing body and FIFA on Russian participation in international football brought in after the nation invaded Ukraine in February.

Yarmolenko, who has won 109 caps for his country, described Russia as a “country of terrorists” ahead of Ukraine’s Nations League encounter with Scotland, emphasising his belief that a total exclusion from sport is the right approach.

“We cannot just talk about sport when something like that is happening. All the Ukrainian players want Russia to be isolated on every level.

“We cannot allow Russia to take part in any competition whilst its army are killing the civilian population in Ukraine. The stand of the Ukrainian team is unified; Russia should be banned from everything.”

Russia’s absence from the draw scheduled for October 9 for the 2024 European Championship continues a blanket ban on Russian clubs and national sides from UEFA and FIFA competitions.

In tennis, Russian players – and those from Belarus, a geopolitical ally of the country – have been permitted to continue to compete on the ATP and WTA Tours, but not under the name or flag of their nations.

However Russian and Belarusian players were declined entries at Wimbledon, leading to the stripping of ranking points from the grass-court Grand Slam.

Ukraine and Scotland meet twice in the next seven days in Nations League Group B1, with Steve Clarke’s side first hosting their visitors at Hampden Park before travelling to Krakow, Poland for the reverse fixture next Tuesday.

Scotland had their World Cup qualifying hopes ended by the Ukrainians at Hampden Park in June, but Clarke is optimistic that his side can begin to build again after the disappointment.

“That one in June was pretty unique – the circumstances leading into it,” the Scotland head coach said.

“It will be slightly different but still a big game. Yes, they will be fired up, they are a good team, they want to top the section and get promotion to the A group of the Nations League, but so do we.

“I am sure Ukraine will play to the same level, but what I’m looking for from our team is that we get back to the level that we can be and then we’ll see what the result is.

“I just feel that, in the summer, we stalled a little bit and we want to start that forward momentum again.”

Ukraine currently top Group 1 of League B on seven points, one ahead of their opponents.

Arsenal ease to victory over Bodo/Glimt