Sexy Queen; Reactions As Actress Regina Daniels Shares Some Lovely Photos Of Herself On Instagram

Man Whose Wife Was Sleeping With Her Ex-Boyfriend Finally Opens Up, Narrates How His Wife Has Been Stealing From Him » ™ 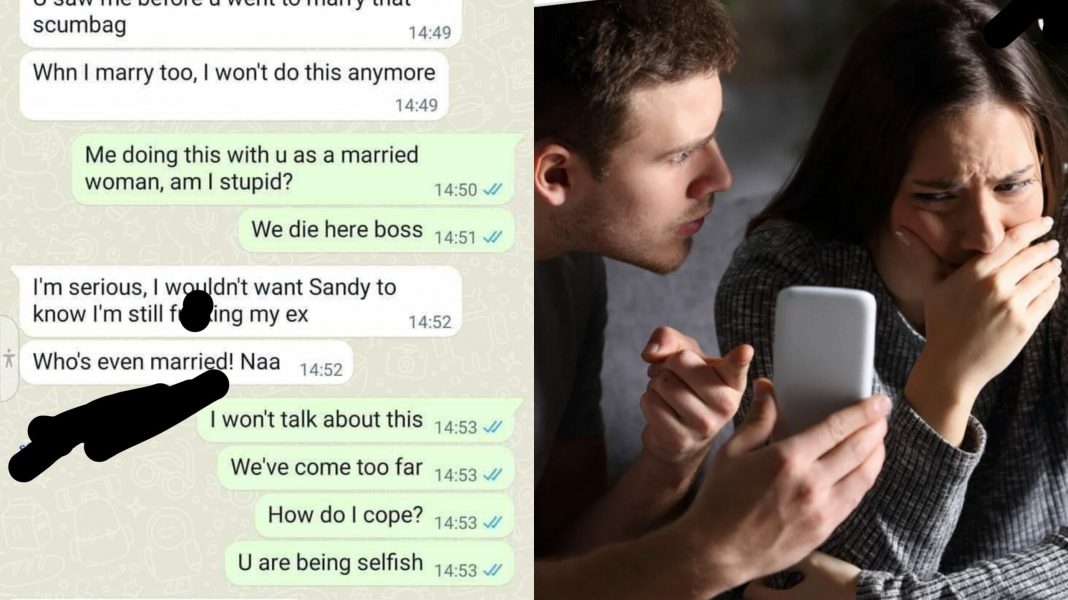 A few days ago, Ghbase.com reported a story about a married woman who was cheating on her husband with her Ex-boyfriend.

READ ALSO:Married Woman’s Affair With Ex-Boyfriend Leaks After She Left Her Phone Behind (+DETAILS)

The lady had gone to the market and left her phone behind forgetting that her husband was home.

Out of curiosity, the man decided to check her WhatsApp chats and what he saw nearly gave him a heart attack.

According to the conversation between the man’s wife and her ex-boyfriend, it was clear that she wasn’t satisfied in the bedroom department.

She described her husband as a 2minutes man while her ex-boyfriend with a big schlong could go one whole hour without stopping.

The chats are a bit sad especially if you are on the side of the man. Well, the husband of the woman has finally broken silence about the issue.

Narrating his side of the story, the man revealed how his wife cheated on him a night before their wedding. He also revealed that his cunning wife has been hiding her shenanigans from him until he decided to check her WhatsApp chats.

He has since vowed to take a revenge on his wife and her lover for making a fool out of him.

Read his chats below; 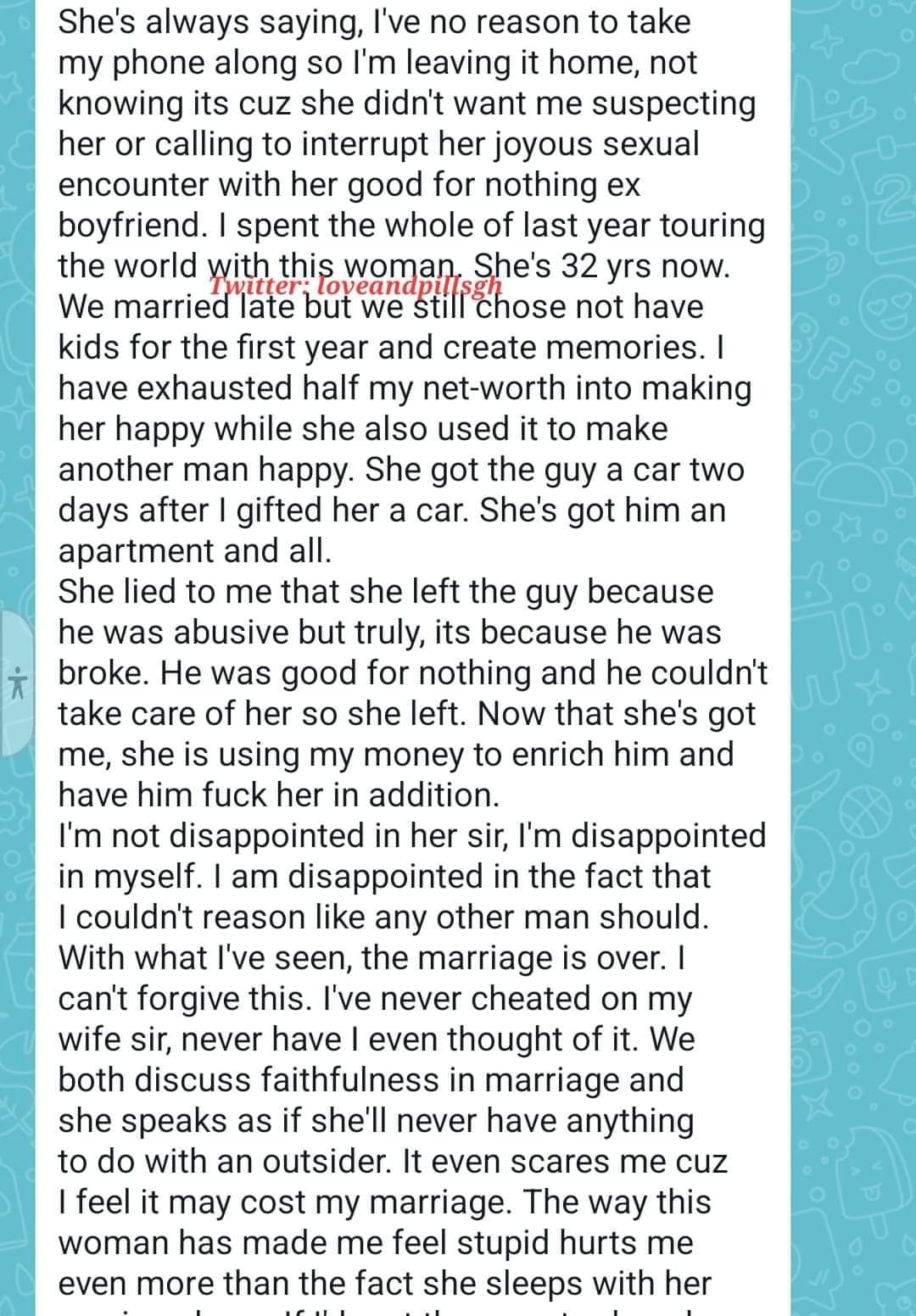 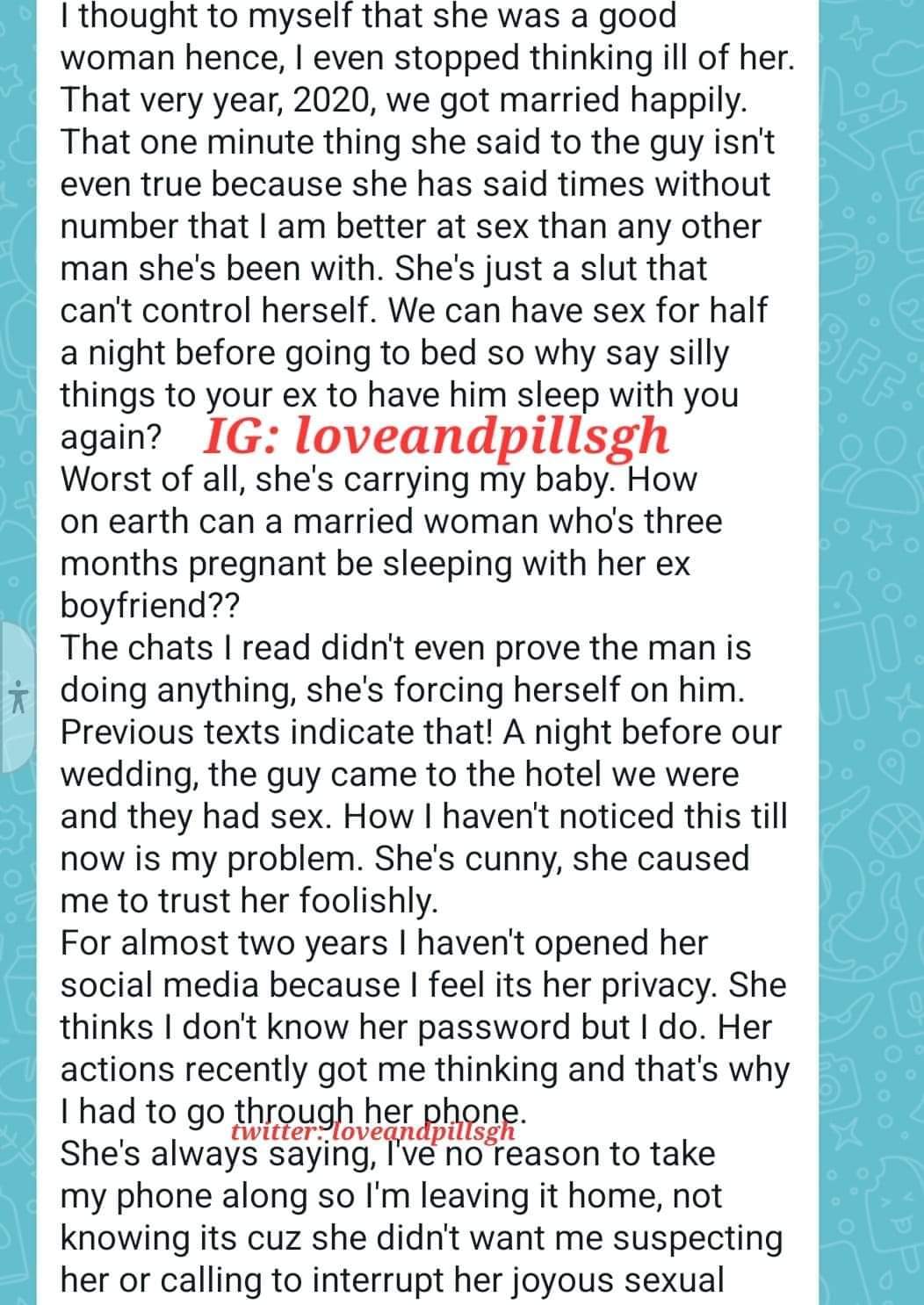 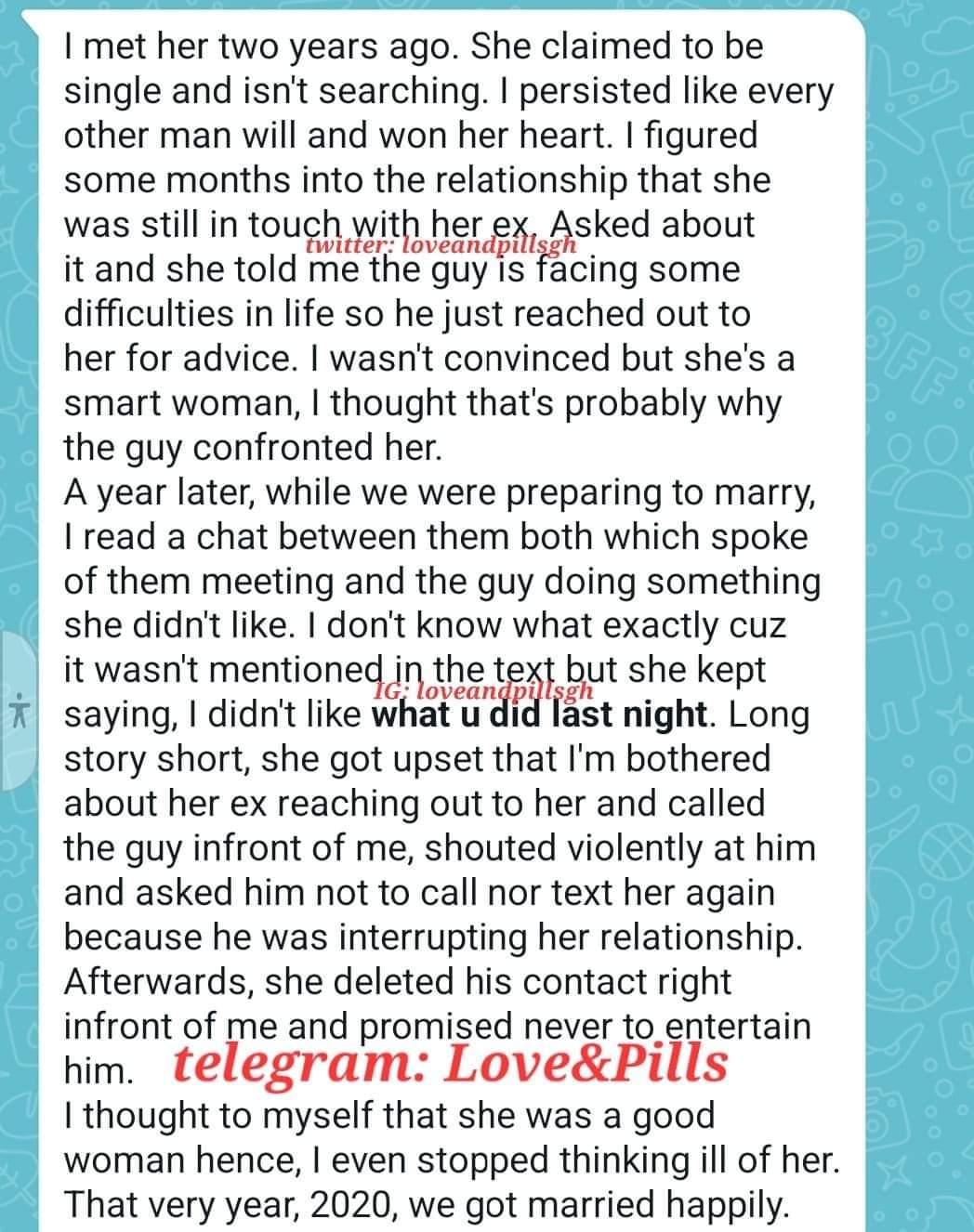 Sexy Queen; Reactions As Actress Regina Daniels Shares Some Lovely Photos Of Herself On Instagram

Mark Okraku-Mantey has been sabotaging my music career for years