Mike Tyson explains ‘health problem’ after he was spotted in 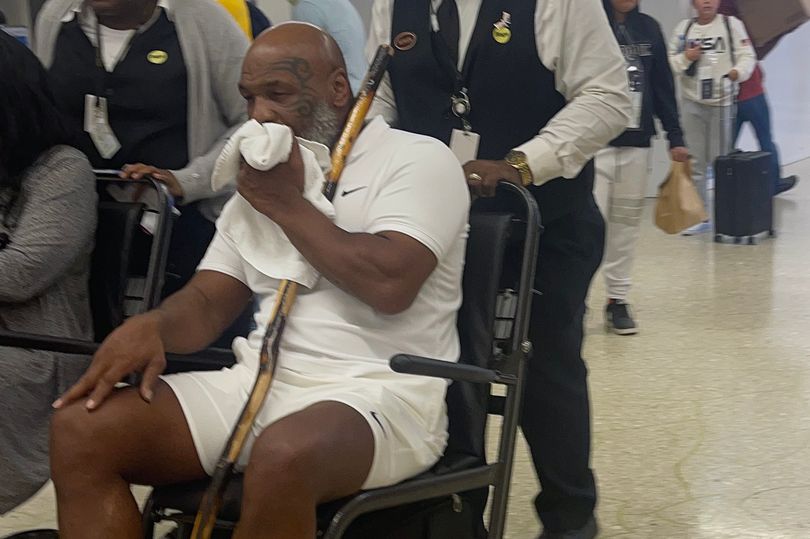 Mike Tyson said his sciatica flare-ups get so bad that he “can’t even talk.”

During a recent interview with Newsmax TV, Tyson addressed his “only health problem” after the former heavyweight champion was photographed in a wheelchair at Miami International Airport last month.

“I have sciatica every now and then, it flares up,” he told the outlet, per DailyMail. “When it flares up, I can’t even talk! Thank God it’s the only health problem I have.”

Sciatica is pain that travels along the sciatic nerve, which runs from the lower back down one or both legs to the feet.

Tyson said he is feeling “splendid now,” and that “everybody in my house is truly blessed and we’re all very grateful for whatever we have.”

Last month, the boxing legend raised concern amongst fans when he was seen in a wheelchair at the airport in Miami. The 56-year-old, who was holding a walking stick in his lap at the time, posed for selfies with fans as he was wheeled through the terminal by an airport employee.

The sighting came three weeks after Tyson was seen moving gingerly while out in New York City.

Tyson appeared to be moving well at the U.S. Open earlier this month, where he attended Serena Williams’ last match at Arthur Ashe stadium in Flushing Meadows.

In July, Tyson worried some fans when he confessed that he believes his “expiration date” is soon approaching.

“We’re all gonna die one day, of course,” Tyson said on the “Hotboxin’” podcast. “Then, when I look in the mirror, I see those little spots on my face, I say, ‘Wow. That means my expiration date is coming close, really soon.’”

The support Tyson receives from his fans is something he doesn’t take for granted.

“I feel like I’m overrated. No one deserves this much love,” he told The Post in an interview earlier this month while at the new Apothecarium cannabis dispensary in Lodi, NJ.

Tyson, who called it a career in 2005, has since immersed himself in the cannabis business.