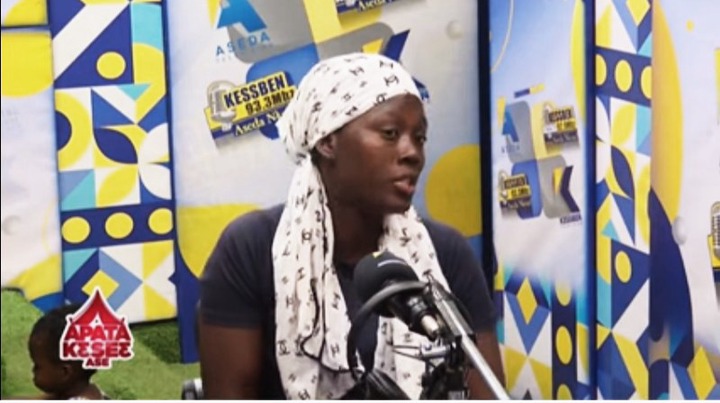 A woman named Alberta in an interview on the Apatakesie programme described the painful experience she had after she told her boyfriend that he is not the biological father of their children. The woman said she went to stay with her Auntie at Wenchi when she was only 8 years old.

The Auntie took good care of her as her own child but she secretly got into relationship with her boyfriend after she completed school and got a job to do. The Auntie advice her so many times to quit her relationship but she didn’t listen to her. Unfortunately, she got pregnant few months later.

Alberta said she couldn’t stay with the Auntie again, out of shame she ran away from home and went to stay with her mother in their hometown till she gave birth. A year later she travelled to Kumasi and started trading to feed herself and the child. She started dating Kwadwo Acheampong after he promised to take care of her.

They had a happy relationship but a few months after she got pregnant, she asked the man to help her financially to expand her business. Acheampong refused to give her the money she requested. Alberta added that she went to inform the boyfriend’s father who promised to send her money.

She waited patiently for the money but the father-in-law didn’t send anything, she then confronted the boyfriend about her request but he got angry and beats her whiles she was pregnant. Alberta said she told him that he is not responsible for the pregnancy out of anger. 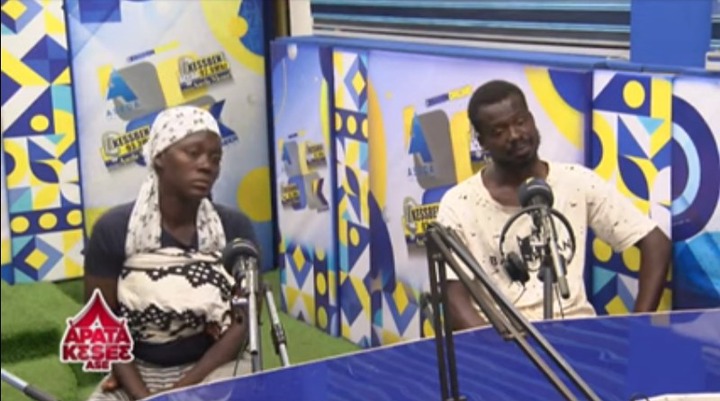 She then ran away from home and went to stay with a fetish priest for some months. With the help of the fetish priest, they came to plead with him to forgive her. Acheampong didn’t accept the apology but disclosed to her that his father has advised him not to accept any pregnancy.

Alberta continued by saying that she went through hardship before she was able to make earns meet yet her boyfriend did take responsibility for the pregnancy. Fortunately, she gave birth to twins still the man didn’t accept the children as his own or take care of them.

Alberta claims she started trading to feed the children but it got to a point where she became fed up with life, she could no longer go ahead to struggle and cater for the twins. She decided to kill the children and also commit suicide to end all her sufferings.

All this while Acheampong was working and earning enough money he can afford to take care of the kids but he didn’t perform his duty as a father. Alberta is now pleading with her baby daddy to begin taking care of their twins. Acheampong on the other hand, admitted that he has not been taken care of the children because how the lady told him that he is not responsible for the pregnancy.

His father too advised him not accept the pregnancy or take of the kids. Acheampong also said he is a commercial driver who works hard on daily basis but he was not making enough money from the work so he stopped the driving work months ago. He started doing a construction work but that one too doesn’t fetch him any money that’s why he can’t take care of the twins.