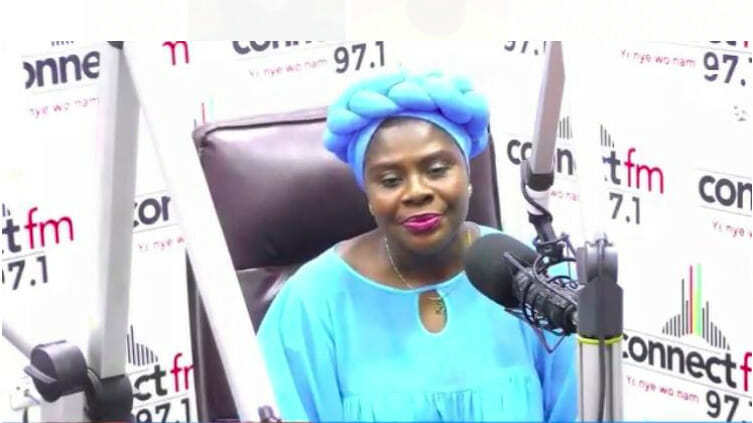 Reacting to media reports that she was broke and cannot boast of even a bank account, veteran gospel musician, Rev Amy Newman has backtracked on her broken comment explaining that she was being jovial just to create an accommodating environment for the interview she was having at Empire Fm and streamed on Radio360 in Takoradi.

Speaking to Ato Kwamina Otoo on Connect Fm as part of the radio tour of her latest single “I am redeemed”, Rev Amy Newman confirmed the statement that she was broke but in the context of her music that she did not make anything from.

“I didn’t mean it. I was just joking, I only wanted to create an atmosphere for all of us to laugh because who tells you that I am broke?  I am not, I am not broke my son and I don’t look broke she responded.

She added that the publication has really affected her as it has gotten her children calling from outside Ghana to find out why she said so, however, she intimated that “ Everybody can be broke, even the Nation Ghana is broke, yes if not will Ghana go to IMF? So getting broke is not anything new” she hinted.

READ ALSO: “I was thinking about my family all the time” – Amy Newman recounts the genesis of her broke life

Rev Amy Newman is credited for popular gospel songs like Okamafo Jesus, Siesie Me, Lord Prepare Me, and Wongya Me O is out with a new single dubbed, I’M REDEEMED.