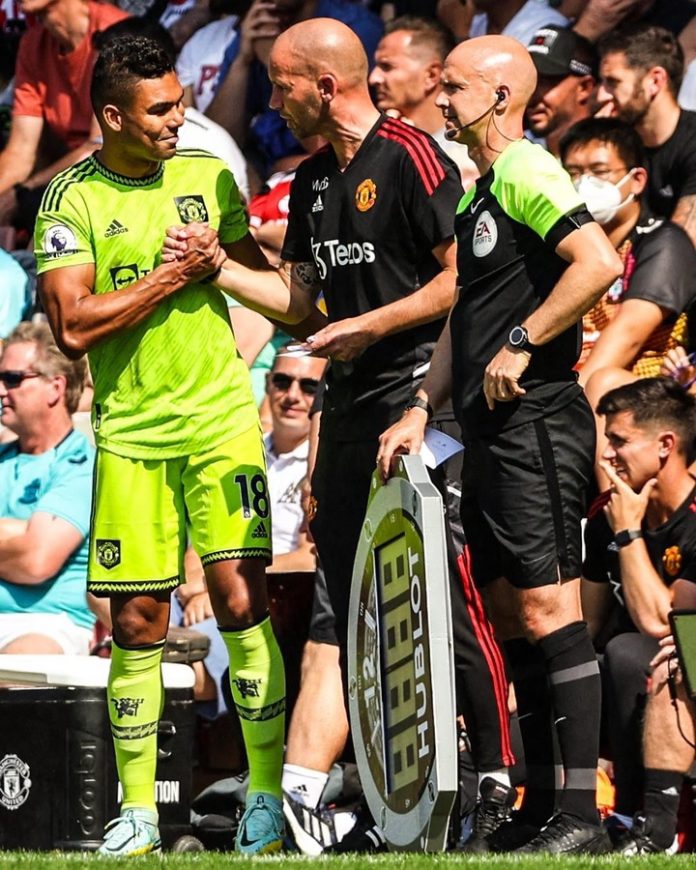 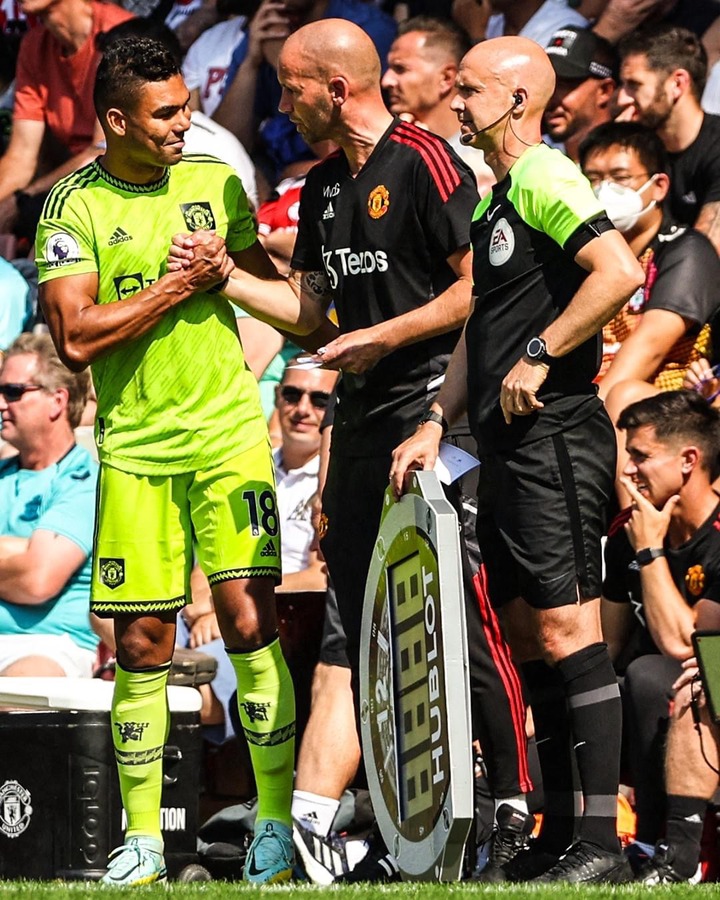 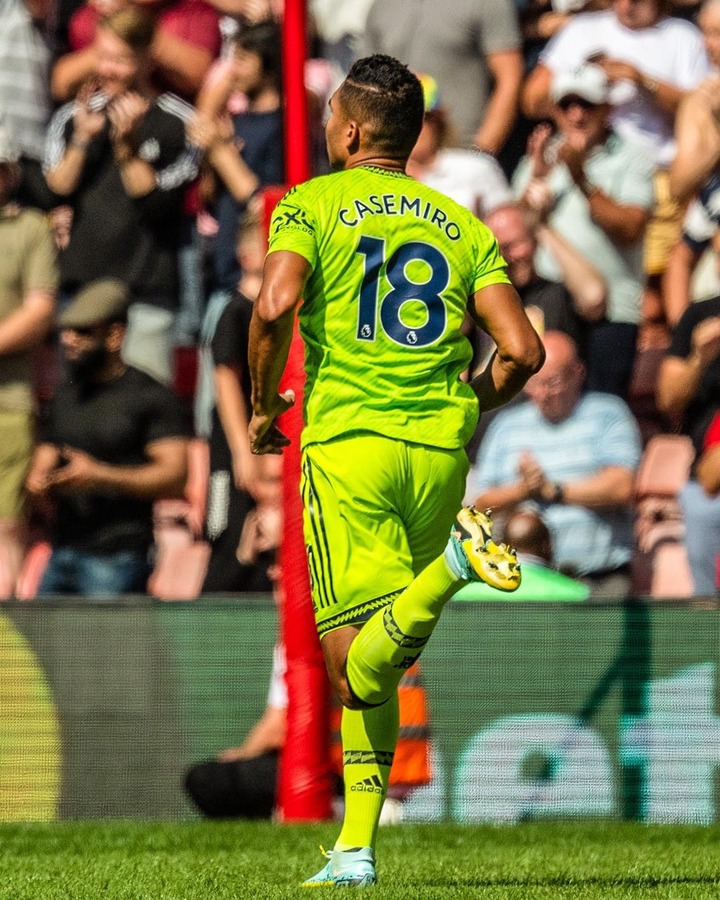 Manchester United have been struggling in getting a holding midfielder over the years, a situation which has compelled them to go for Casemiro. The midfielder was tipped to start against Liverpool last Monday but he could not make it due to paper work. 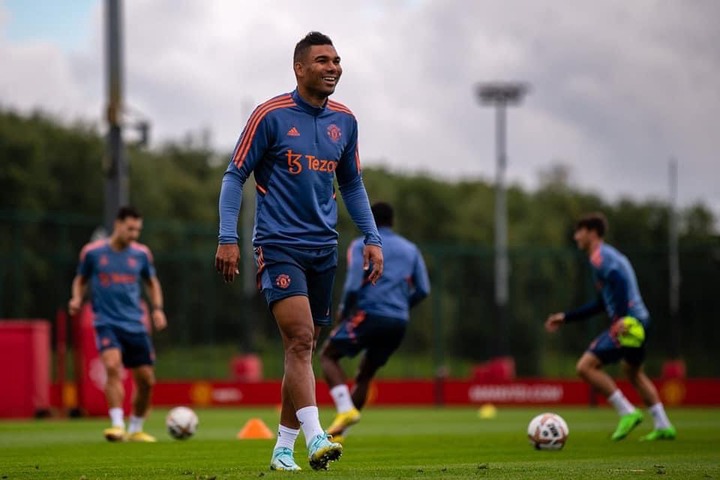 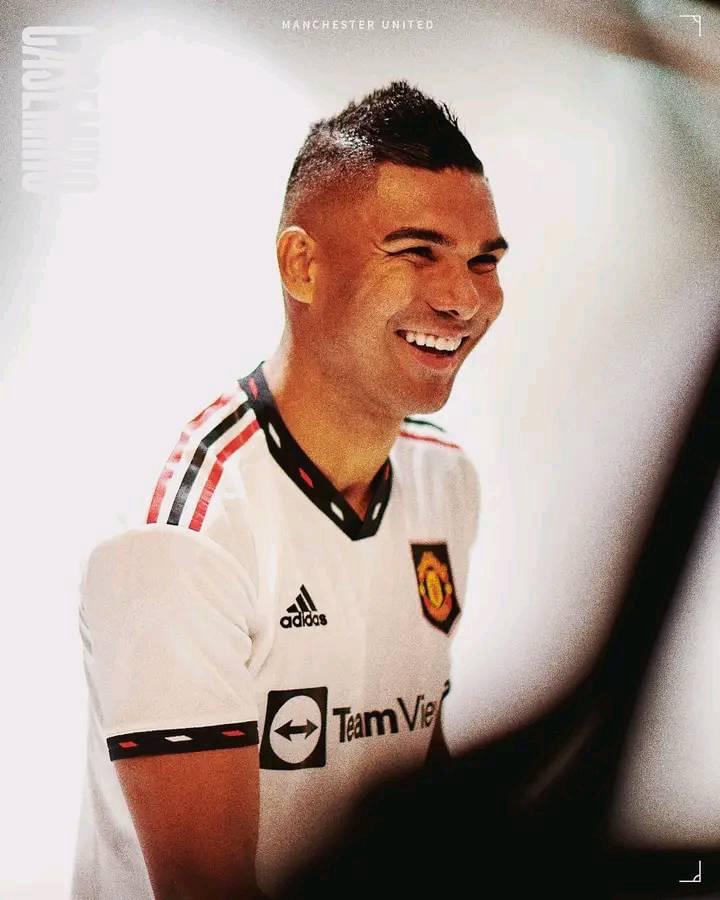 In today’s game against Southampton at Saint Mary’s Park, head coach Erik Ten Hag was expected to start Casemiro but he was spotted on the bench, after the coach decided to maintain the line up that started against Liverpool on Monday. He opted to maintain the partnership between Scott Mctominay and Christian Erikson. The duo stabilized the midfield for Manchester United against Liverpool.

Casemiro was eventually introduced into the game with ten minutes to the end of the entire proceedings. He did what was expected of him as Manchester United ended the game with a goal. The second was scored by Bruno Fernandez but that was when Casemiro was on the bench.