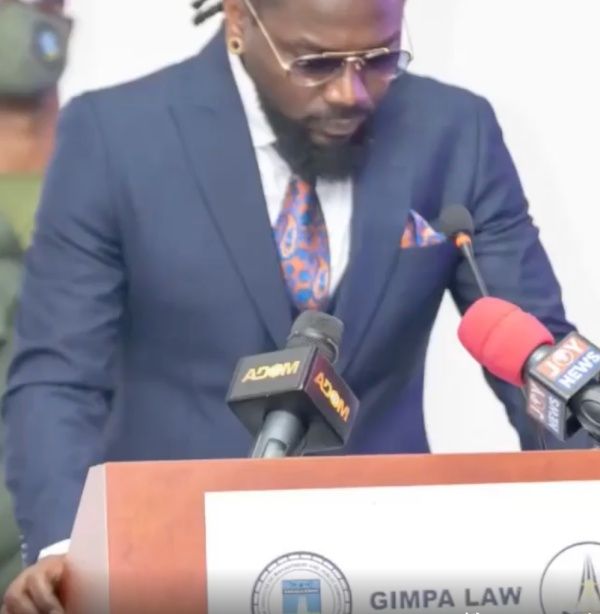 Ghanaian Dancehall artiste Samini has stated that serving as Student’s Representative Council (SRC) President of the Ghana Institute of Management and Public Administration (GIMPA) will shape his understanding of political governance for future endeavours.

According to him, he is confident the position will groom him for bigger political positions in future.

Speaking at the swearing in ceremony as SRC president on Tuesday, August 23, the Linda hitmaker said he was excited to chart the path of politics after excelling in the creative space as a Dancehall artiste.

“I am happy to serve the people and this opportunity will also help me to understand the governance space,” Samini said.

Mark Okraku-Mantey, Deputy Minister for Tourism, Arts and Culture commended the Dancehall artiste for beating the odds against creatives to better himself and craft by furthering his education.

He acknowledged that Samini’s decision to further his education was a challenging assignment, given that he had to balance the high demands of his celebrity status as a musician and still pursue his academic dreams.

“It is difficult, particularly if you have a few followers there and some of the lecturers opt to speak with you anyhow because of your popularity. However, you have been dedicated to this cause and are in your final year, and for that, I am very proud of you,” he noted.