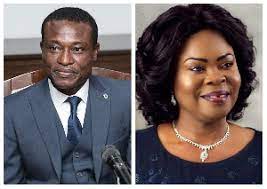 Labianca Company Limited has refuted any wrong-doing relative to the Corruption-related activities it is alleged to be involved in by the Office of the Special Prosecutor (OSP).

Several weeks ago, the OSP released an investigative report, dated August 3, 2022, accusing Ms Asomah-Hinneh of influence-peddling as it retrieved GH¢1.074 million from Labianca Company Limited, owned by her.

The OPS alleges that Ms Asoma-Hinneh used her position as a member of the Council of State and member of the Board of Directors of the Ghana Ports and Harbours Authority (GPHA) to get a reduction in the tax liabilities of Labianca Limited.

The above quoted money, according to the OSP, is a shortfall in revenue arising from the issuance of the unlawful customs advance, meant to be duties paid to the state following the importation of the frozen foods.

However, in a statement released to the press last Tuesday, Labianca Company Limited says its Chief Executive Officer, Mrs Asomah-Hinneh has not engaged in any “influence peddling or trading of influence”.

It further says the followed due process in applying for customs advance ruling under the Customs Act 2015 (Act 891), adding that it has always been tax compliant “and discharged all of its obligations dutifully.”

Therefore, Labianca says it has taken serious note of the findings of the OSP’s investigative report and have consequently instructed its lawyers to take the necessary legal action on the matter.

“Although the Office of the Special Prosecutor has not written formally to the on its findings as required by due process and fair “trial” rules, we believe that the report findings are at variance with our recollection of events and submissions made to the office”’, portions of the statement read.

“Consequently, the assumption of jurisdiction by the Office of the Special Prosecutor on such a post clearance audit and our settlement of such taxes arising from such an audit is not synonymous with corruption corruption-related activities by the . The several communications between the Office of the Special Prosecutor and the confirm this”, it added. 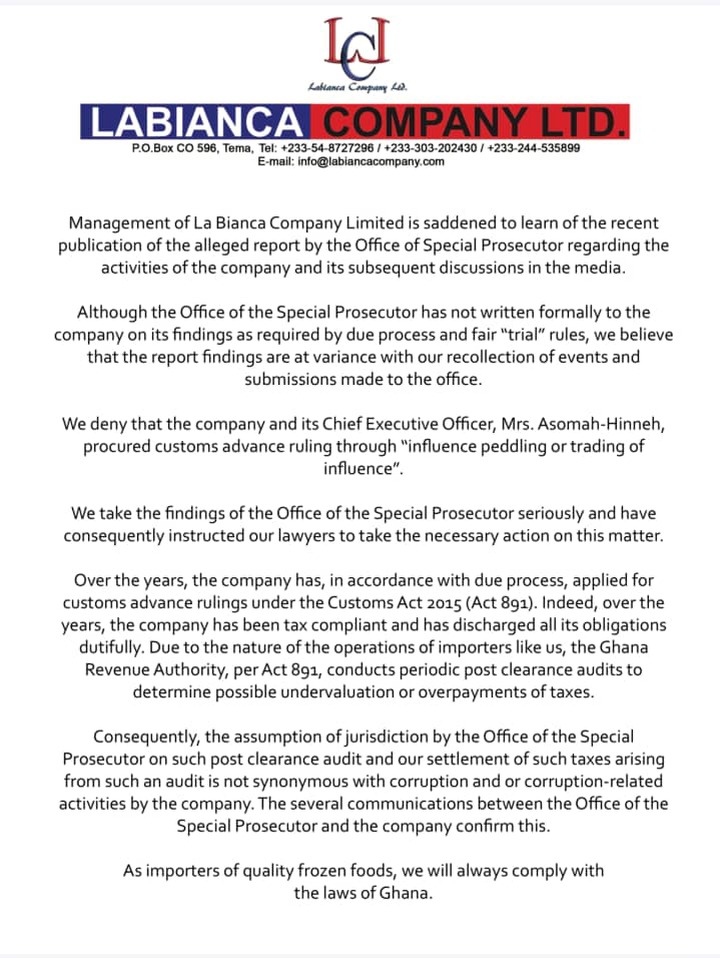