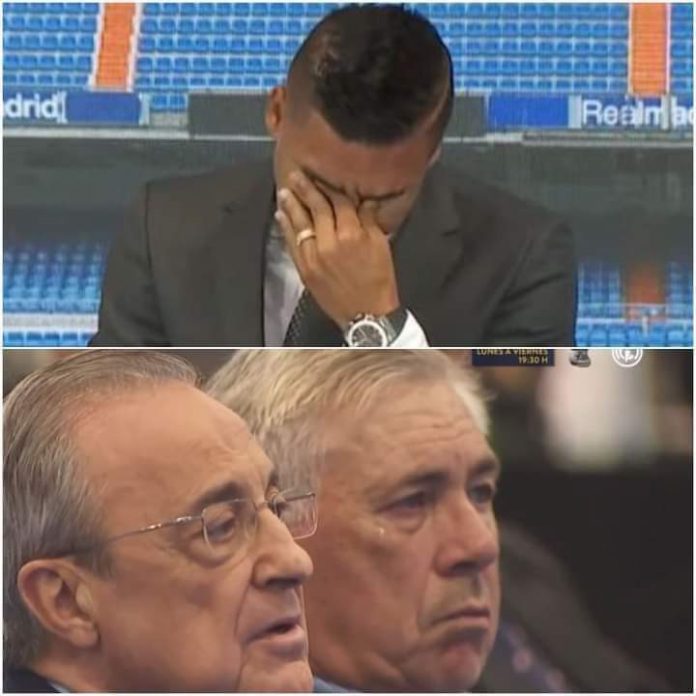 Real Madrid and Florentino Perez recently departed with the Brazilian midfielder Casemiro, who shocked his teammates and Madrid fans as he delightfully joined UEFA Europa league side instead of UEFA champions league club.

Casemiro reportedly received heartfelt congratulations from nearly all of his teammates, Madrid manager Florentino Perez, after agreeing to new contracts with the Red Devils. 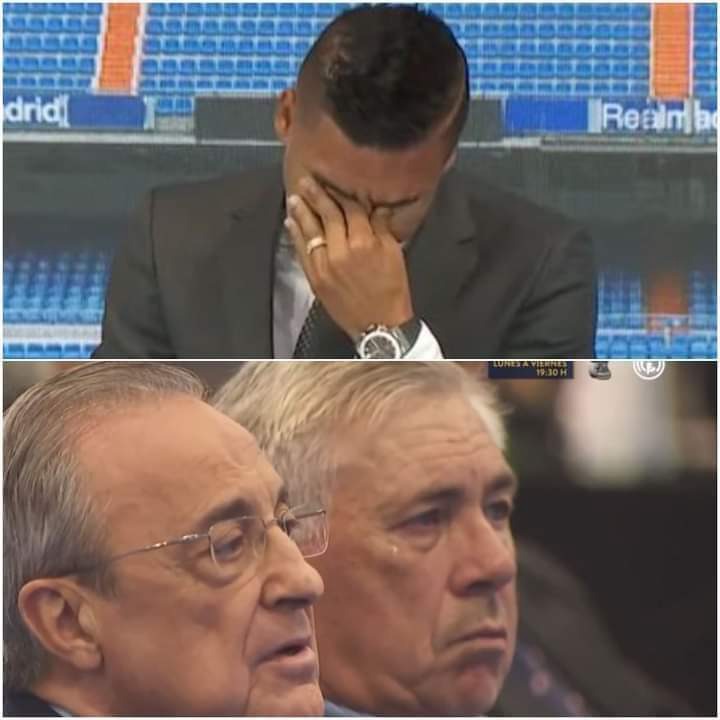 Reporters from the Spanish media spoke with Florentino Perez over Casemiro’s choice to leave Real Madrid for Manchester United, which appeared to be an abandonment of the Champions League team.

Florentino Perez said : “I will only cry when Casemiro wins a Europa League Trophy. Because I believe he is a champion league material. But it’s his choice. We gotta create a new one “