She Killed Her Son Just To Have Chance To Continue Her Partying Lifestyle. 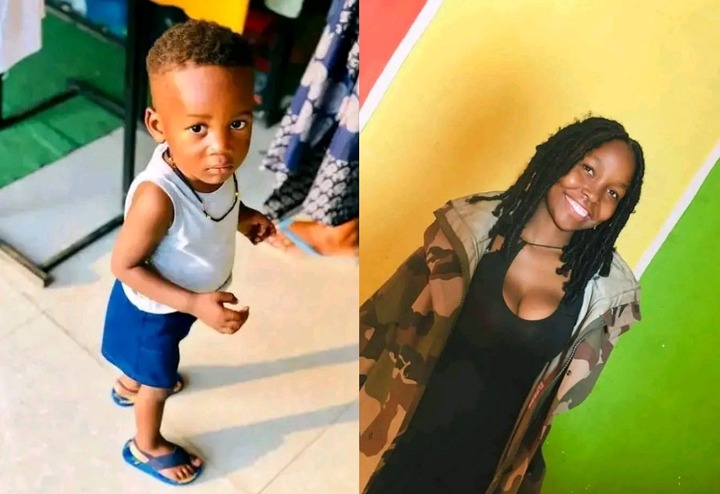 This is a boy who was killed by his own mother all because she wanted to continue going to night clubs, parties with her boyfriend.This incident happened in Zambia on the 14th of August 2022. According to what has been said. The 22 years old mother by the name Musowe Maeke went to visit her elder sister in Lusaka. However, when Maeke got to Lusaka she began neglecting the little boy, spending the night in night clubs and parties with her boyfriend in wheeler Wi.

It was said she will leave the little boy at home with her sister, basically relying on her sister to look after the child for her. And the sister did not have a problem with that except Maeke began spending late nights in the clubs and also coming home late without even looking for her child. 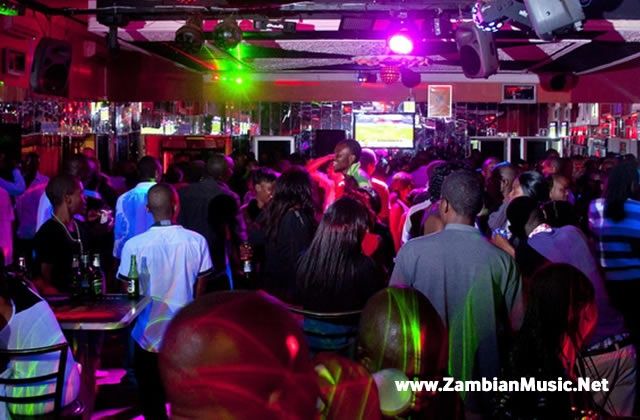 Eventually, Maeke sister got tired of this attitude and behaviour because her partying lifestyle in lusaka was starting to affect her parenting with the little boy. The sister suggested and made went back to Copperbelt. Hopefully, when she is in Copperbelt she will focus on taking care of the child. Even sometime around 11th to 12th of August, the sister gave transport money to go back to Copperbelt with the little child. Maeke sister gave her extra money but Maeke did not fix a particular day she was supposed to go.

What she did with the money instead would leave me confused and make you wonder if she’s really okay or is this a case of mental health after Maeke collected the money to return back to Copperbelt. Instead of going home she lodge in the Hotel or Motel, specifically one of those guest house with the little boy. While she was at the lodge, she then invited her boyfriend Enwilah and that was how she, Enwilah and the little boy where in the guesthouse. 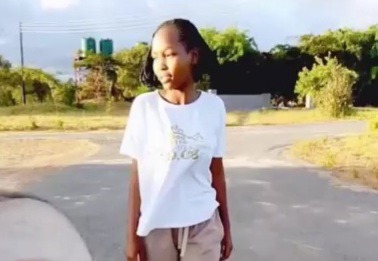 It was at this point that the devil decided to take over. It’s not clear how the discussion went between the two of them or if it was something they are both talked about before lodging at that Hotel. But while they were there in the lodge. It is believed that they were getting ready for a party or nightclub, except now who was going to look after the child. They both could not leave him there alone because they all want to enjoy party lifestyle. Because of that, both decided to end his life and that was how his mother Maeke picked up a pillow and snuff the life out of this little child. After they killed the little boy, it was said they went for the party and then when they came back she took the little child back to her sister’s house, place the boy on a couch, as though he was sleeping to make it look like he was sleeping and then vanished somehow.

It was where Maeke sister came to see the boy on the couch and she was now realised that he was unresponsive. She quickly rushed him to the hospital where he was pronounced dead. Of course this situation in which he died was a bit of, he wasn’t sick and besides he had been away from his auntie’s house a day before. So how come all of a sudden he comes to the house and the auntie does not see him on the couch and he’s lying lifeless.

Immediately they went to the police during an intense interrogation, she cracked and confessed that she was the one who killed her son and said it was the boyfriend who gave her the suggestion.

Mayeke and her boyfriend has been detained and arrested, clearly they have to go to court and face charges. 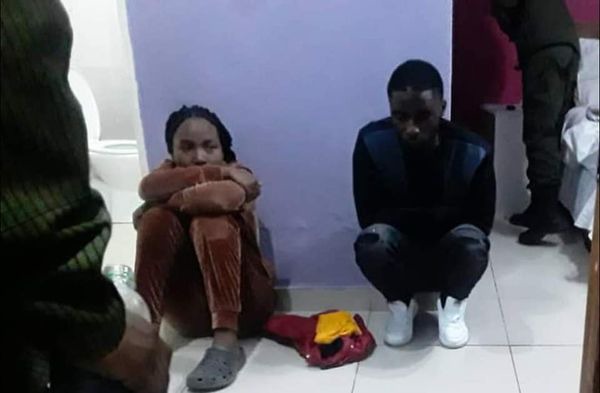 Hopefully they will spend the rest of their partying lifestyle in jail. Ironically, this is a post the mother made on facebook about a year ago, just see how she talks so much of her son on how she made it look like she will need him for ever. It’s hard to believe that the woman who makes this post about her own child is the same woman sitting down here in the police station was snuffing the life out of her child. 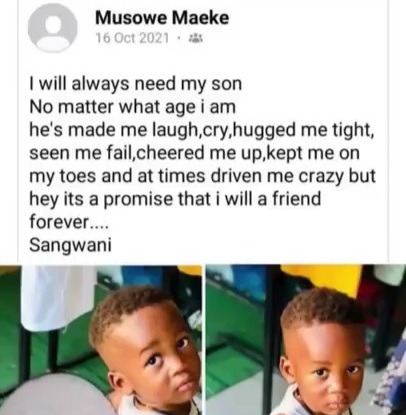