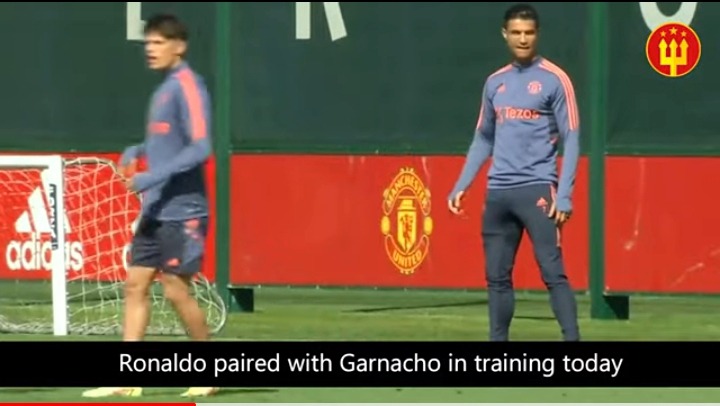 Cristiano Ronaldo has been paired with Garnacho in Manchester United training today to prepare for their big game with Liverpool at Old Trafford. It seems that there will be some changes in the attackers. Maybe [Cristiano X Garnacho] or [Sancho X Ransford]

Gary Neville and Carragher were also seen at the Carrington for interview with Erik Ten Hag, yet the details have not reveal. 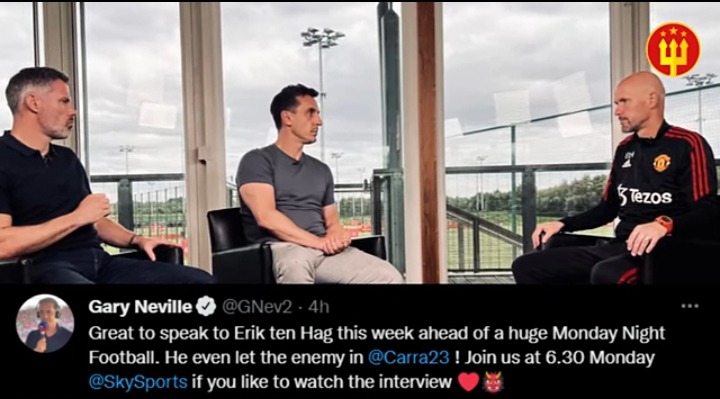 Meanwhile, Casemiro will be in Manchester United in the upcoming hours for his medical and a transfer move to the Old Trafford from Real Madrid. It is likely that Casemiro would have his first debut match against Liverpool on this coming Saturday due to Ten Hag being a contention for aggressive midfield for their big game. 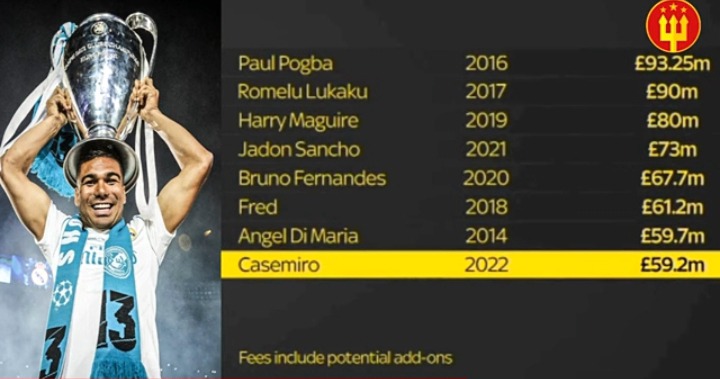 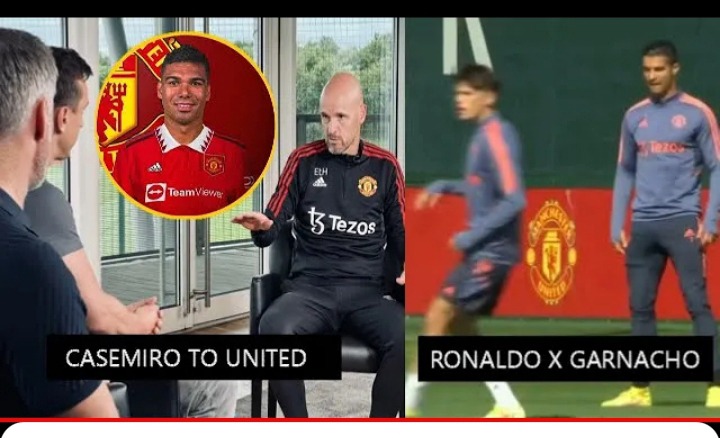