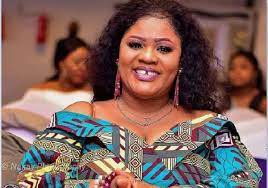 The Gospel Music Industry is blessed to have many talented artists the Legendary Stella Seal and Obaapa Christy. It is an undeniable fact that there can always be quarrels among good friends or superstars. However, the important thing to note is that peace supersedes war.

Readers can recall how Obaapa Christy was in the news for celebrating her 20th anniversary in the music industry. Unfortunately, her poster for a ‘September 4 2022 Obaapa concert’ was called out by Stella Seal. What could have been the matter? 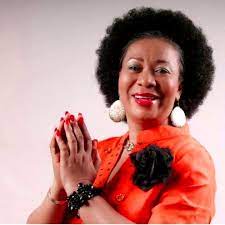 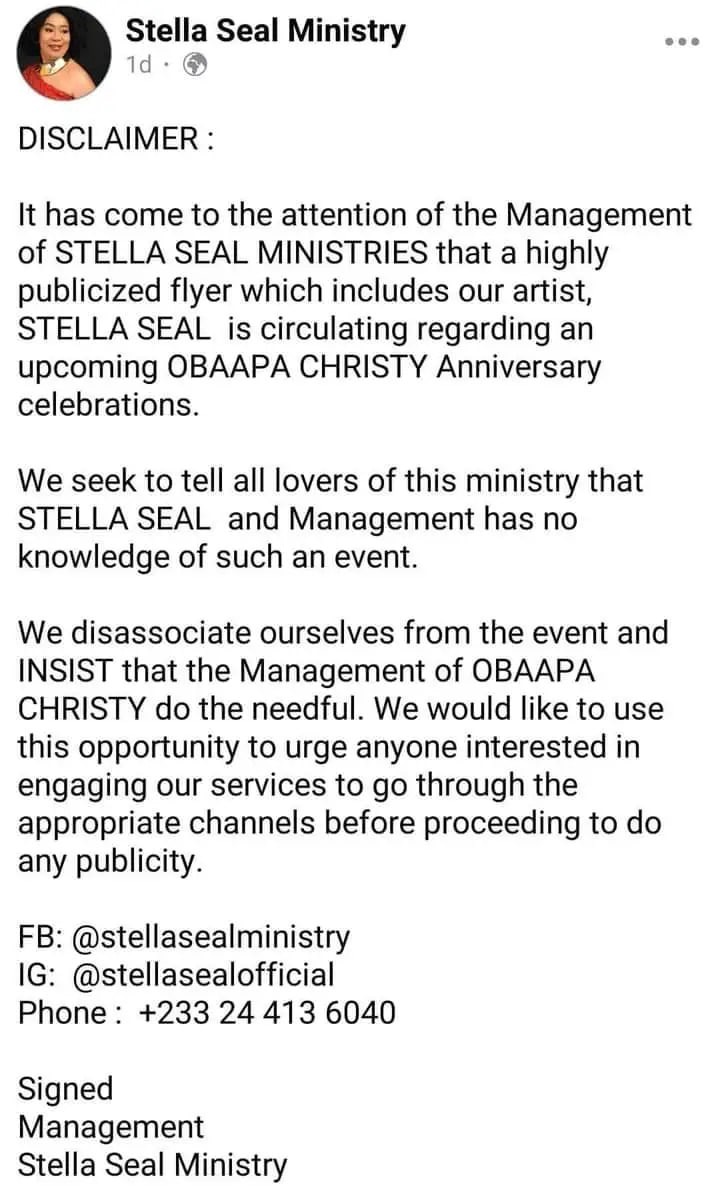 According to Obaapa Christy, she had not commented on the issue because no media station asked her about it. She began to apologize to Stella Seal and even, described her as someone she looked up to. She narrated how she planned to bring all the legendary gospel musicians on one stage to honor their good works.

She also revealed she did not expect to be called out by Mama Steal who she saw as her mother. 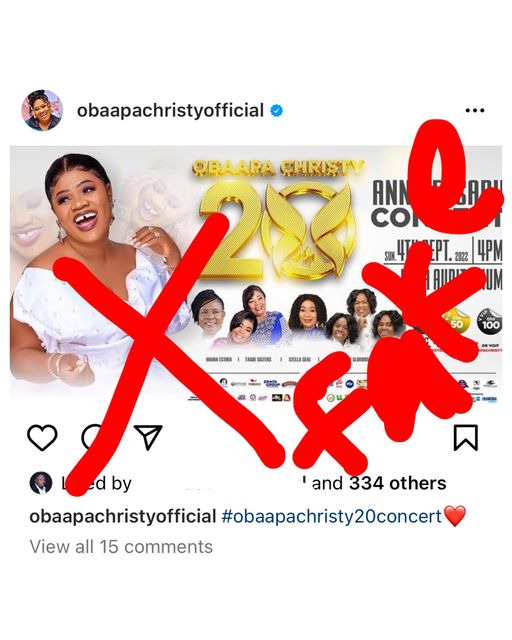 Obaapa proverbially admitted that she erred but added that, it was not done with any wrong intentions. She, however, noted that she was disappointed by how Stella Seal had reacted to the whole issue as if planning to sabotage the ‘Obaapa at 20’ concert. Was Obaapa right to have criticized Stella Seal?

Obaapa also noted that some of these challenges do happen for the good of individuals and she remains grateful for everything that has happened to her, whether good or bad. After listening to her, one thing comes into mind. Has she sincerely apologized to Stella Seal for the professional misconduct? Should her apology have come with these revelations? What are your thoughts on the going discussion?