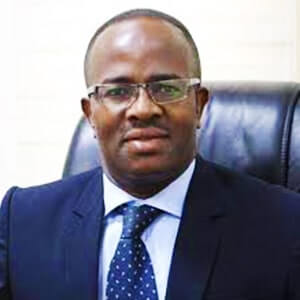 The Chief Executive Officer of the Ghana Chamber of Mines, Suleman Koney, says the mining industry is ready and willing to support the government tackle the current economic crisis as best as they can in a manner that does not injure their operations.

According to him, “We’re not in normal times, and we’re a core part of the economy. When you are hosted by a country and the country is in difficulty, I think when you call yourself a responsible industry, you’d expect that you’d engage with the government to see what you can do for the country to actually go through its challenges smoothly.”

He, thus, noted that the numerous policies introduced by the Bank of Ghana, the domestic gold purchase programme, have been welcomed by the mining community.

He added that even as these policies have been in the works for a significant amount of time, the mining companies have also in the meantime been localizing their and procurement.

“The reality is that mining companies bring back to the country so much USD forex by way of the revenues that they generate. And these monies actually go to support their operations – pay salaries, pay for various inputs whether it is diesel, whether it is power and various consumables.

“So already a lot of it comes back, on average we’re talking about 75%. Last year for example we did in excess of 80% of mineral revenue coming back to the country,” he said.

He continued, “And you’d ask yourself ‘so what has changed?’ what has changed in the last few years is this recent drive to push hard on local value, local procurement and so on and so forth.

“So even as you have local entrepreneurs being in the position to support the kinds of local goods and services that the mining industry needs, indirectly it actually affects the forex flow as well because then companies are compelled to actually bring their forex here to support their operations.

“So it’s a good thing that we continue to push the envelope on local , local procurement. The watchword though is to ensure that these are fit for purpose and they’re in a position to help the industry to actually thrive.”