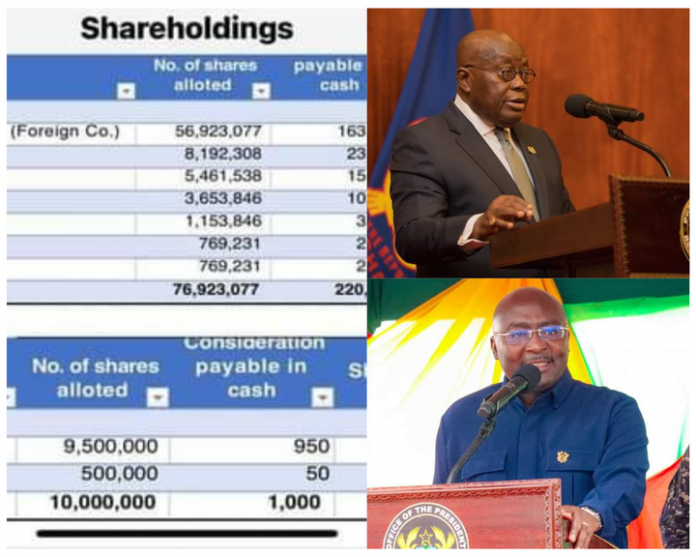 This shareholding document was made available by an astute member of the National Democratic Congress [NDC] communication and legal team, Edudzi Tamakloe.

Edudzi Tamakloe dropped more evidence to substantiate the claims of the National Democratic Congress over the hauling and mauling of the Ghanaian economy by the governing NPP.

The evidence provided the shareholder percentage that Ken Ofori Atta and Adu Boahen have in both Data Bank and the Black Star Brokerage advisory. Ken Ofori Atta is the leading shareholder in Data bank with the most shares, approximately 11 percent.

Having Yofi Grant, Opoku-Gyamfi Boateng and Christopher Adu Boateng making the shareholding list who is linked to the office of the president and the Dankwa-Busia-Dombo traditional linkage respectively.

The document from lawyer Edudzi Tamakloe has eye opened the state of the country concerning the trumpeting disposition of NDC on the NPP’s family and friends’ governance.