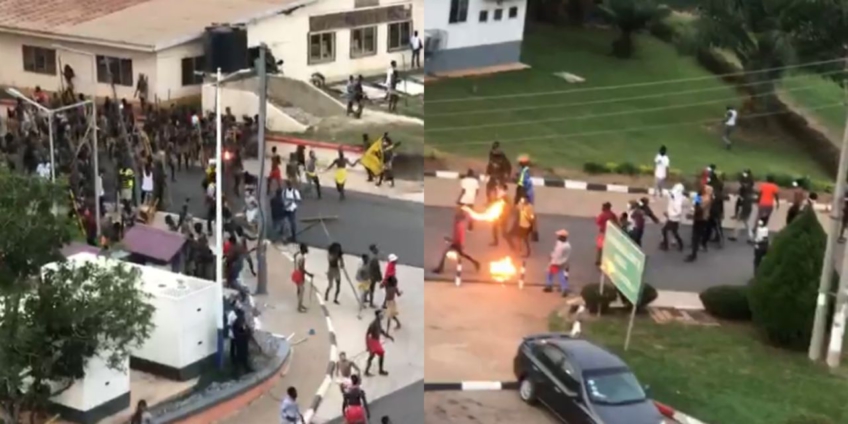 The Management of the Kwame Nkrumah University of Science and Technology (KNUST) says it has constituted a fact-finding committee to establish the cause of the disturbances that occurred on campus.

This follows Thursday’s clashes between residents of the Unity Hall and the University Hall which left three vehicles damaged.

Again, about 12 people were reportedly injured.

Sources say attempts by students of Unity Hall to restrain colleagues from University Hall from using their frontage in a procession caused the incident.

This reportedly resulted in the two factions pelting stones at each other.

The incident is coming barely two weeks after similar violence at the University of Ghana.

In a statement signed by the KNUST Registrar, Andrews Kwasi Boateng, management said it has also suspended all student gatherings on campus the hall week and SRC week celebrations.

Additionally, security checks of persons and vehicles entering and exiting the campus may be carried out at random.

KNUST’s transport department has also been directed to assess all vehicles damaged during the violence and “make appropriate recommendations for repairs.”

Meanwhile, the police say it is in the process of securing CCTV footage of the clashes and will peruse it accordingly to bring the perpetrators to book.