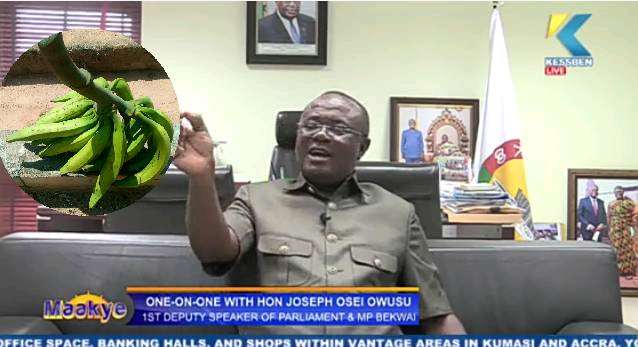 The first Deputy Speaker of Ghana’s parliament and MP for Bekwai, Hon Joseph Osei-Owusu has uncovered that despite the developing expansion in the country he doesn’t spend more than GHC20 a day on food when he is in his voting demographic.

However the official asserts that expansion in the nation is quick rising, expansion on food isn’t what it has been seen to be.

Hon Joseph Osei Owusu talking on Kessben Maakye with Kwame Appiah Kubi uncovered that he spends a normal of GHC20 on food particularly when he is in his voting demographic, Bekwai.

As per the Bekwai MP, there is a wealth of food in the nation however one of the significant difficulties over food expansion is got to do with shipping the groceries from the hinterlands to the significant urban communities which prompts stargazing in the costs of the staples.

Content created and supplied by: deemhoneykhing (via Opera
News )