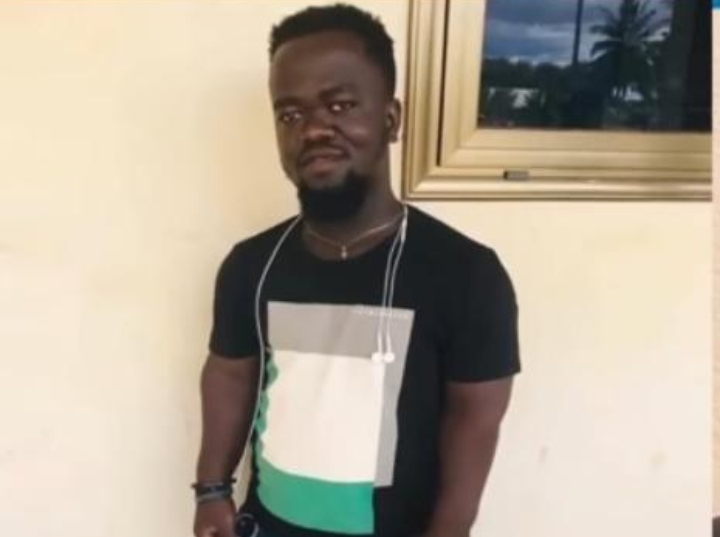 The Ghana movie industry has been plunged into mourning following the announcement of the untimely death of one of the new crop of actors, Haruna Asamoah.

Popularly known in the movie industry as Baba Fabregas, a source revealed that the actor traveled to Nigeria for a movie gig where he passed on.

He was found dead in a hotel room in Nigeria shortly after complaining of headache and discomfort and this was after he had eaten food served by a female friend of his, this according the late diminutive actor’s brother who confirmed the devastating news.

“He was lying by the poolside when a female friend of his came around to ask if he had eaten, to which he responded no, so the lady went to the canteen to get him some food, and after eating his meal, he complained about not feeling well.

“He sought permission to go and sleep, and by morning, when they went into his room to wake him up, he wouldn’t respond. Many have assumed he died the previous day in his sleep. This is exactly what I also heard” he narrated.

According to the late Haruna’s brother identified as Akwasi Agya Adu in an interview with YouTuber Ambassador TV, he can’t attribute the sudden demise of his late brother to the food served by his female friend until the autopsy results is obtained.

“Baba passed on in Nigeria. Investigations are currently ongoing and Dr Kwaku Oteng is seeing to it that they bring his body back to Kumasi and see to it that other investigations can go on.

“I can’t emphatically say he was poisoned until the doctor’s report comes through. There are also other reports claiming he was having a handkerchief that he claims was given to him as a gift, among other stories” he added.